While the end result wasn't what we wanted, 2016 was a successful year overall. Another minor premiership, grand final, 5 All Australian's and record membership lead to another club profit. While they're still small numbers, it's a sign that in a competitive market, the Swans are coming out on top. 2017 should be even brighter, but let us reflect on the season past. 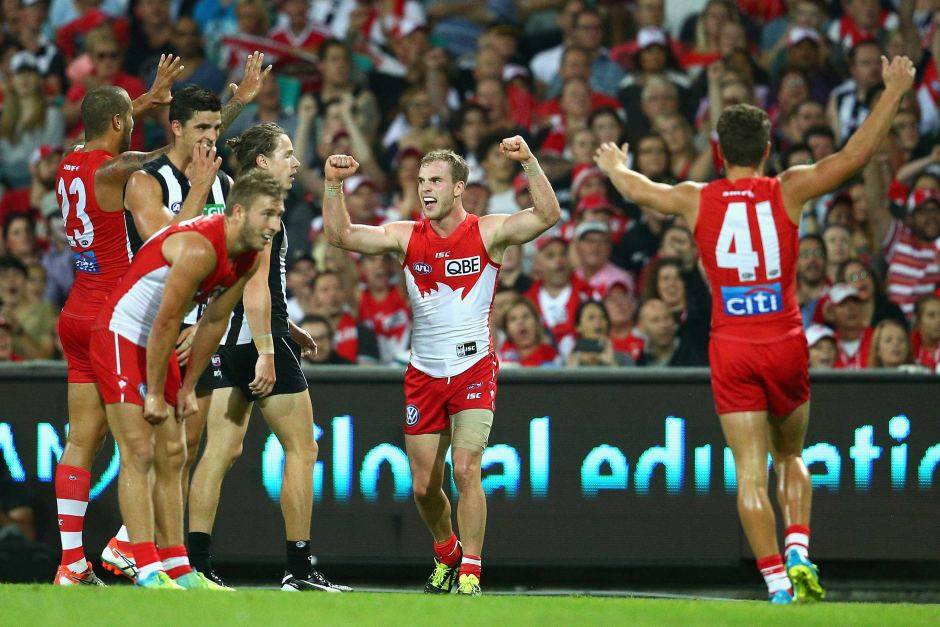 The Swans were written off by all and sundry, not expected to make the finals, let alone give it a good shake. A demolition job in the 2nd quarter put those with big mouths back in their corners, as the Swans ran rampant. 80 points later, the Swans were firmly entrenched in everyones top 8. All of the debutatns acquitted themselves well, with Papley kicking 3, Hewett 1 and Mills amongst the better defenders. 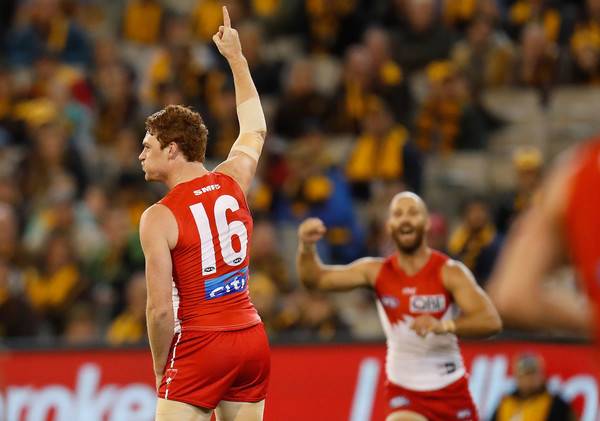 With the young Swans producing and playing well, it was hard to see where the injury prone Rohan would fit into the side. The athletic forward returned to the side for his first game of the season in round 8 against Hawthorn and silenced all critics, kicking the first goal of the game. The Swans would go on to win by 2 goals, set up by the first quarter blitz.

8. Isaac Heeney best on ground in the preliminary final 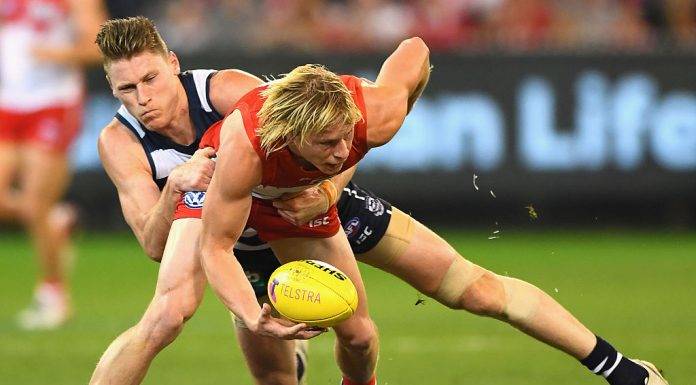 An indifferent season for the young star turned into something special when the Swans played Geelong. Having been dropped 2 months earlier and regaining form, he blitzed the Cats and was the Swans best on ground in a dominant performance that had the media purring. He was everywhere for the Swans, especially in defence when it was badly needed.

The Kenyan-born (to Sudanese parents) defender enjoyed an outstanding first season with the club. Just the 2nd player of Sudanese descent to play in the AFL, he was consistently amongst the best defenders on the Swans list. An interesting debut against Lions saw him return to the side later in the season before his infamous Shake 'n Bake moment against the Tigers, setting Rohan free down the wing for the Swans first goal. It was one many entertaining moments throughout the season for the freakishly athletic player. While other attempts to weave and dodge defenders weren't as successful as this play, beating 2 players cold surely sits amongst the best.

6. Ted Richards best on ground vs West Coast Eagles in round 5 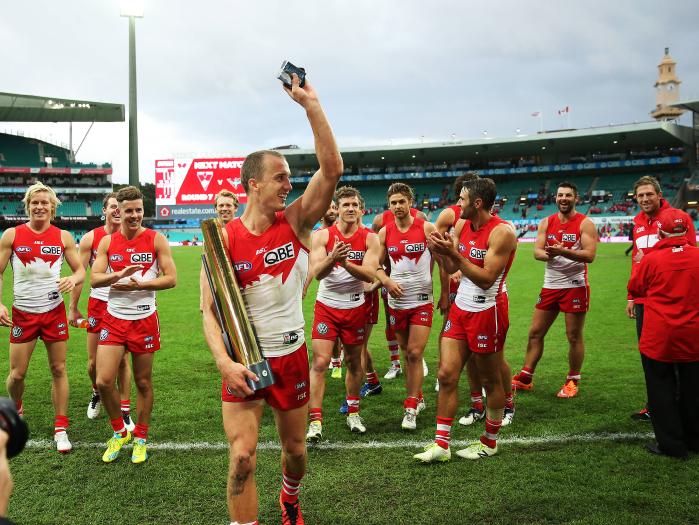 Even with youth stealing the show and the impressionable Aliir Aliir yet to debut, Ted Richards was playing and doing a good job of it too. While he wasn't expected to play many games, merely filling in when needed, Talia going down in round 1 thrust the not-quite-ready defender into the fray. He repaid the Swans in spades with a best on ground performance against the Eagles. He had an outstanding game, raking in 22 possessions, 14 of them intercepts, taking 10 marks, 6 of them contested and gaining 489 metres. With Heath Grundy playing foil, they were indominable, impassable and completely shutdown the West Coast Eagles powerhouse forward line.

5. Ted Richards takes a screamer, then bangs it home 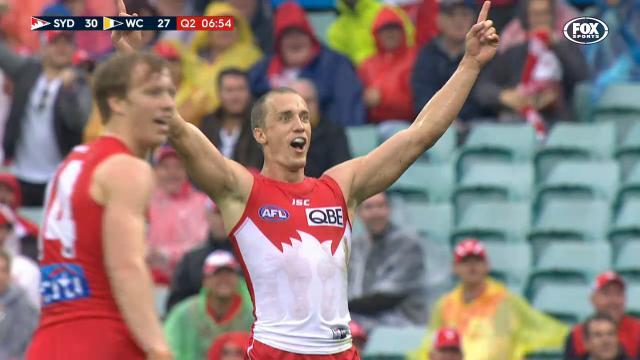 Proving that old dogs can learn new tricks, Richards took an absolute screamer against the Eagles, then banged it home for his first goal since the Swans played the Saints in New Zealand. Capping off a brilliant game where he was clear best on ground, he took an absolute screamer in the 2nd quarter before banging it home from outside 50. On a wet wintery day, it was an amazing goal and helped set the Swans up for victory.

4. Alex Johnson running for the first time in nearly 3 years 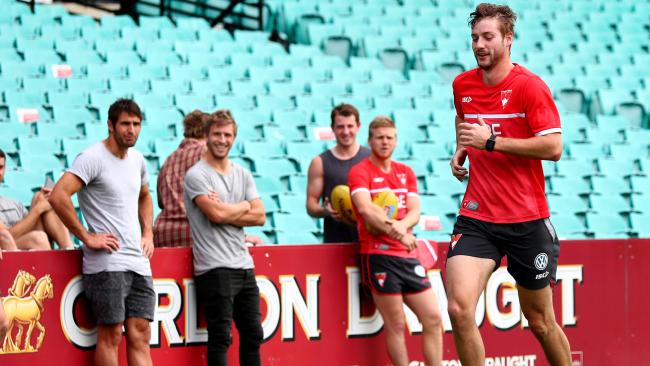 The extremely unlucky defender is tracking well in his recovery from a 5th knee reconstruction and finally, for the first time in over 900 days, ran on solid ground. Should he return to the side and play just 1 game of senior football, he will be the first player to do so after 5 knee reconstructions. He's loved throughout the club and fanbase, with the club awarding him Clubman of the Year. 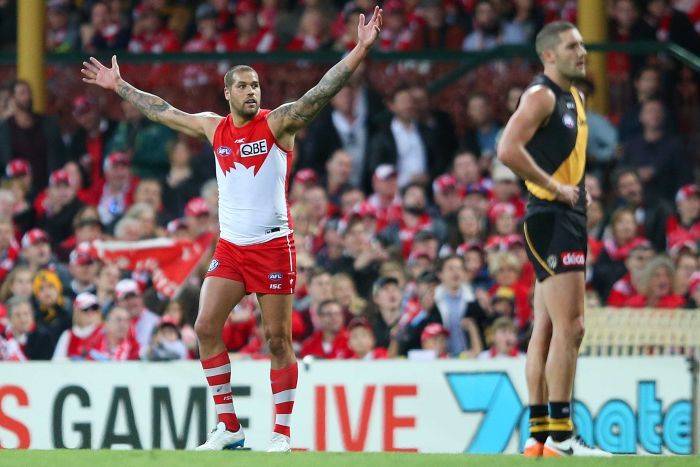 The mid-season dip for the Swans put the Swans in a precarious position, with teams breathing down their neck, Greater Waste of Space threatening the top of the table and Hawthorn just doing what they do best. But with the Swans giving the Cats and Eagles an almighty tune up, just losing to the Hawks and then winning their remaining games, clinched an unlikely minor premiership. It did help that Hawthorn had a few hur hur hur moments, lost several winnable games then almost threw their last against the Pies. Losing that would have certainly dumped them from the top 4. The Cats had a big win, but no one expected the Swans to take a giant dump on Richmond. It was U14s vs men, as the Swans ran around yellow and black training cones, until Trent Cotchin fist pumped his teams way back from 130 points.

2. The Swans have 5 All Australian's 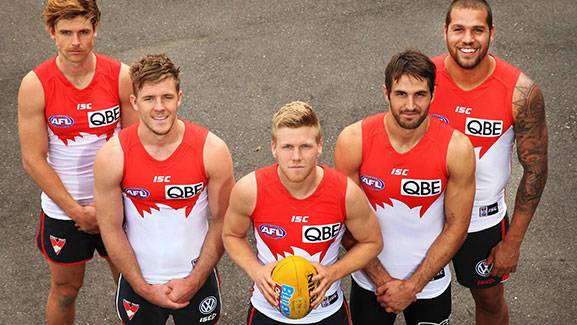 The swans irrepressible form, clinching a 3rd minor premiership in 20 years, 4th overall (2nd in 3 seasons) lead the way with 5 players selected in the All Australian team. All 5 swans were part of the 40 player squad and all were selected in the final squad. Heath Grundy was unlucky to miss out, with the ever present, and often hugely overrated Alex Rance taking best centre back. I suppose conceding a shit load of goals and getting suspended makes you a good centre back. 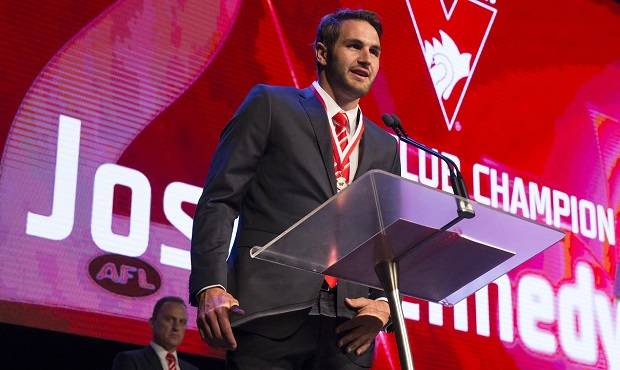 Josh Kennedy clinched his 3rd club best and fairest, his 2nd in a row, storming from mid pack midway through the season to take it over Hannebery in the finals. His award list of the 2016 season is long, winning club best and fairest, club best finals player, All Australian, AFL finals MVP and now crowned the new club captain. What a spectacular season for the Swan.

In hilarious twist of fate for the younger brother of club favourite Ted Richards, Xavier has returned to Sydney…