The Swans have continued ringing in the changes this week, making 5 changes to the team that lost to Carlton in round 6.

McVeigh hasn't played a senior game since last years' grand final after persistent calf issues interrupted his pre-season campaign, as well as hamstring issues prior to his return, keeping him sidelined for the first 6 rounds.

However, there's no such worries this week, as he trained and recovered well and will no doubt prove to be a valuable addition to a team desperate for guidance off the half-back flank.

John Longmire described the return of the experienced player as a "timely addition".

“He’s obviously a vital member of our team and a really hard driver, so we’re rapt to get him back out on the ground,” Longmire said.

“He’ll give us some really good voice, direction and leadership.

“His ability to play on different types of players in different positions will be really invaluable for us.”

Sam Naismith has recovered from his shoulder injury quicker than expected, and is set to become a massive inclusion for the Swans this week, who've struggled in his absence.

“He’s made a fantastic recovery,” Longmire added on Naismith.

“This time last week we didn’t expect him to play, but he’s got himself right, trained and completed all the running he needed to do…it’s fantastic to have him back in the team.” 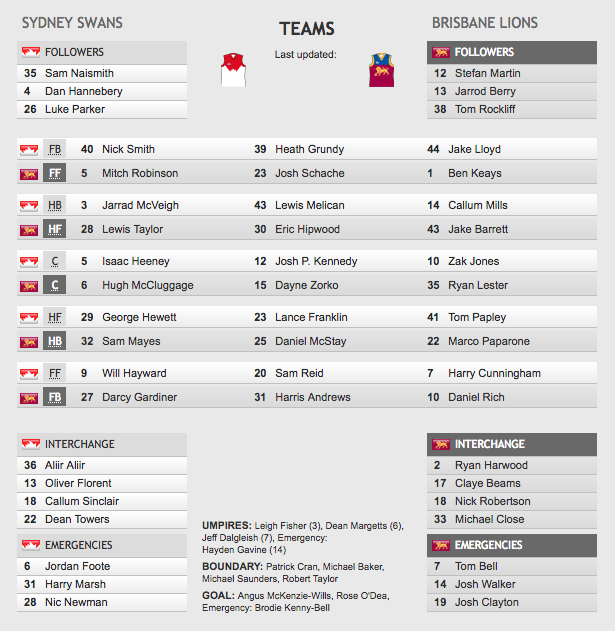 The Swans Blog reaches 500 followers - let us know what you think!

To all of those that have followed The Swans Blog, we would like to give you a very big…