Afternoon all, its Tuesday and that means it's time for another instalment of the SwansCast, this week with Stephen Treloar, Justin Mitchell and Rohan Connolly.

It's been a long, excruciatingly slow week without football, the brain child of an inept AFL administration that really has no clue what it's doing anymore.

What should have been a highlight of the bye week, the All Australian selection, was a shambles with the Swans captain Kennedy missing out on what should have been a certain selection. Instead, Joel Selwood - off the back of an ordinary season - and the newest Priddis clone, ex Swan Tom Mitchell were shoe horned into the side, with Rance named captain. 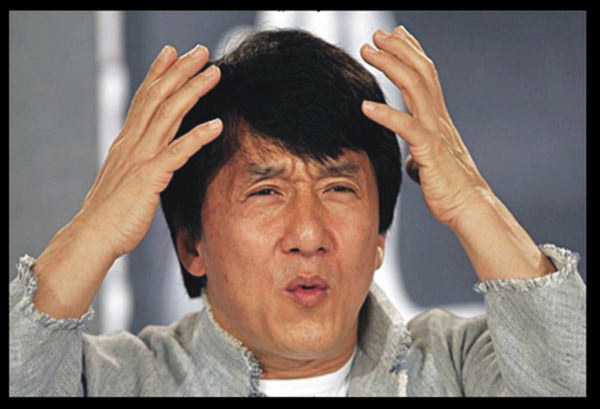 At least the NAB AFL Rising Star was an improvement, with Andrew McGrath predictably winning the award ahead of Sam Powell-Pepper, even though SPP had arguably the better season of the two. Melican received a vote for his performance against St Kilda, while Hayward missed out on votes.

The AFLW has been a success this season, but it's hard to say that the state of origin was a success, given the Victorian team belted the Allies by 97 points, who barely managed two goals for the entire game, almost all of which scored in the first half.

Daisy Pearce was the player of the match by the length of the Flemington straight, finishing with 37 disposals in a dominant performance that was like watching Judd play against an U18 development squad. The AFLW is a great initiative by the AFL, but the disparity in quality between the Victorian teams and the rest of the states is an issue that they're going to have to rectify.

It's symptomatic of the issues that the national AFL competition finds, with Victoria regularly providing the majority of AFL players, and having what's regarded as the strongest development and state leagues in Australia.

Tasmania simply doesn't get the support it needs, while New South Wales and Queensland are dominated by Cricket and Rugby. Western Australia and South Australia at least stand a chance where Football and Cricket are the primary sports, but with a population of around 30% of Victoria, it's always going to be an up-hill battle.

More recently the airwaves have been dominated by the comical situation that Collingwood finds itself in, having re-signed Buckley last week and not even a week later, throwing Chris Mayne under a bus. It really is an amazing situation with Buckley stating he didn't want Mayne, while Chris and his manager knocked that falsehood on the head (paywalled).

His manager corroborated the story, really casting a poor light on the shocking situation that Collingwood now finds itself in," Young wrote.

"He wrote that Buckley was integral to his son's recruitment, and suggested he should not be washing his hands of the deal to get him to Collingwood.

"Only getting one side of the story and skewed at that. Not about the selection, more about the integrity than many on here.

"(Collingwood are) bottom two or three for forward pressure, who did you recruit to play that role? Gave him three games. Not throw him under the bus.

"(Former football boss) 'Gubby' Allan made it very clear before the meeting that if Nathan Buckley wants him, he's in.

"At the meeting, Chris and Bucks hit if off. Gubby rang me after the meeting and said 'he's in'."

Of course, it didn't stop Buckley, Eddie and Collingwood shifting the blame. But the damage is done and with the word being that Collingwood are considering delisting him and paying him out. They'll still have to absorb the cost in their salary cap, and given the issues with Daniel Wells' fitness and the other more recent aged top-ups, its outright poor man management.

Which leads us into Ty Vickery and the predictable failure with his signing. His signing was criticised in the off-season and was always viewed with skepticism, since it smacked of desperation when Roughead wasn't playing, while the club was looking for another Hale-like replacement.

Instead, having proven himself incredibly inconsistent at Richmond, his form at Hawthorn has been even worse, playing just 6 games this season, with his coach scathing in his assessment of his performances mid-season.

“He’s a forward and he’s kicked two goals in six games, so we need a better return,” Clarkson said.

“In the role that Ty has needed to play for us, in terms of providing a target and kicking goals, he’s been unable to do it to the level that he, or we, would like.

“(But) it’s not a case where he has to go back to Box Hill for six weeks before he demonstrates that he can play — he could be back in the side as soon as after the bye.”

He failed to return to the side and was recently suspended for a game leading up to the VFL finals. Given he still had a chance to play in a premiership team for the year, and end it on a high note, he's gone out and whacked another bloke to find himself suspended again.

The compensation that Tigers received for his unrestricted free agent move was a 2nd round pick, which they sensibly used on Shai Bolton. Who would have thought the Tigers would have won that by a mile.

We discuss that and more with Rohan Connolly and Stephen Treloar on the latest episode, so kick back, enjoy a coffee and listen to us discuss the Swans and more.

We'll be back every week of the finals regardless of the Swans progression, and we'll still be here after the grand final. We'll be taking it easy during the off-season, but we'll let you know before hand!

Liked the show? If you would be so kind as to leave a review/rating, or subscribe, it would be greatly appreciated.

Enjoy the podcast and more to come throughout the week.

Veteran Jarrad McVeigh signs on for another season

The Swans NEAFL team on Saturday put the Suns' reserve team to the sword, with an emphatic 68-point victory…