Since the turn of the century, few players have polarised Sydney Swans fans more than Gary Rohan. Possessing elite talent and pace to burn, the 26-year-old excitement machine has had his fair share of demons on the big stage. Where most see almost unbounded potential, he's often struggled with the hype and in the eyes of many, has failed to deliver.

Hidden behind the powerful, suave, composed appearance, lays a man whose doubts and nerves often get the better of him. Gary's confidence took a beating after the 2014 grand final, and despite better preparation last year, admitted he was overawed in the decider.

“I know with the past two Grand Finals I’ve been really nervous and that kind of pulled the energy out of me," Gary said.

While electric in the 2016 finals leading up to the grand final, he couldn't translate his form on the big stage. Certainly not alone in his struggles, his form throughout 2017 wavered between inconsistent and indomitable, before ultimately fizzing out in the semi final defeat to Geelong. 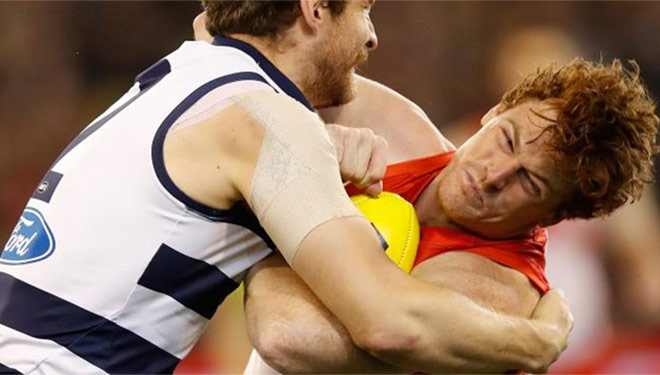 He was one of many that failed to perform on a night the Swans were expected to beat the Cats. Despite Sam Reid having a nightmare, Sinclair struggling to touch the ball and Franklin playing his worst game for the season, Gary Rohan unfairly copped the brunt of the criticism for the dysfunctional forward line.

Essendon premiership player Scott Lucas took a swing at Rohan after the semi final loss, suggesting he should go on holiday come September.

“He does not touch the football. He can make an impact, he has that speed and outside run, but come the real heat, it has been glaring. Of course when you get beaten, your team members have a significant decrease in performance or output. That’s why you get beaten," Lucas said.

Matthew Lloyd echoed the same sentiments and questioned whether or not Gary was a liability for the side in finals, suggesting he should be traded.

"I just think Gary Rohan, it's just got to the point where you ask himself, and Jetta, can we ever play those guys in a final ever again," Lloyd said.

"So then you would ask the question, do you keep them on the list? Because Rohan lets them down so much."

Despite the poor performance, the Swans wouldn't have made the finals if it wasn't for Rohan's two match winning plays. The first against the Tigers, kicking a goal to seal the Swans' remarkable come from behind win, and the second a mark on the line against the Bombers seconds before the final siren, kicking the winning goal afterwards.

“I saw the ball coming and I tried to shepherd it through but it kind of dropped,” Rohan said.

Gary hasn't been a prolific ball winner throughout his career, averaging just 10.1 disposals. He's an explosive, impact player, his run and aerial ability setting him apart from his peers. 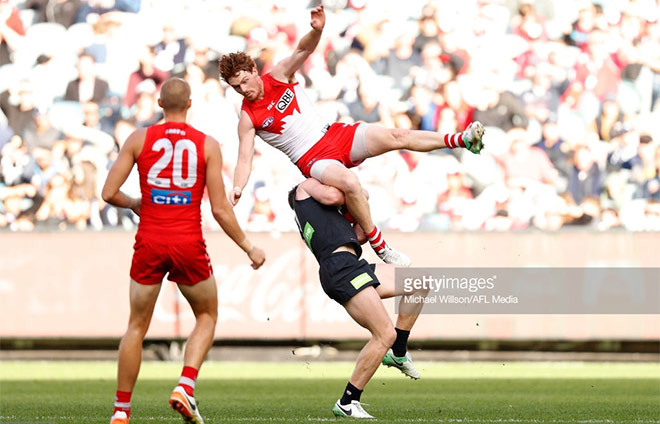 The 26-year-old is yet to crack the ton sitting, on 95-games while Luke Parker and Dan Hannebery have already passed 150. A severely broken leg, serious hamstring injuries, and back issues have limited his game time. His last two pre-seasons have been so injury affected, the club placed him on the long term injury list. He missed the first eight matches in '16 and the first four in '17.

Despite the constant setbacks, niggling injuries and mental demons, Rohan enjoyed a standout season for the Swans. He was superb in attack, kicking 22-goals from 16-games, with career-best tackles per game (3.25) and his pressure acts off the chart. His flexibility at times has been key to the Swans winning games, pushing into defence before moving back to the forward line. 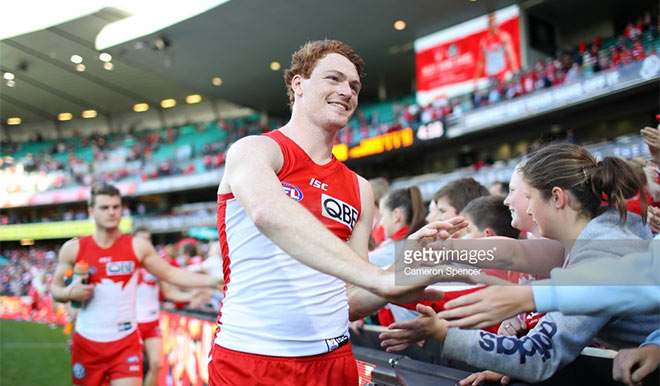 A fan favourite, Gary has endeared himself to the Swans faithful with match winning performances. Chief culprit against the Demons with early misses, he admits that getting the ball early helps calm his nerves.

“It’s always better when you get a few touches early. It feels like you’re in the game and you can start from there,” he said.

His ability to repeat-sprint over short-to-medium distances, faster than most players in the league, is almost unparalleled. For teams that thrive on forward half pressure to generate scoring chances, there are few that do it better. Paired with Tom Papley and Lance Franklin, they form a formidable, lightning-quick forward line.

The constant injuries, interruptions in pre-season and extended stints in the NEAFL playing different positions had affected his senior performances. It's hard for any player that struggles with nerves to develop the confidence to overcome them, if their body constantly lets them down.

A change of position, coupled with an injury-free pre-season could be the solution. Stints in the midfield will help him get the ball, and with his pace and size, should be able to break the lines. While he may not reach the lofty heights of Judd or Pendlebury, translating his pressure in the forward half around the ground, and hunting the ball, would go a long way towards helping him adapt on the big stage.

While the majority of Sydney Swans were nursing Mad Monday hangovers, a tentative few waited by the phone for…

When the Sydney Swans selected Tom Papley with their first selection in the 2016 Rookie Draft, not many people…