Two years ago, the relatively inexperienced mature aged ruckman Callum Sinclair joined the Swans. Considered at the time to be a massive win for the Eagles, he swapped places with homesick speedster Lewis Jetta, as the Swans battled their salary cap and trade restrictions.

Both players filled roles both teams needed. The Swans needed a backup ruckman that could kick goals, and the Eagles needed outside run. Hopes among the Swans' faithful was high that they'd finally found the ruckman that could play the perfect foil to Kurt Tippett. Instead, it would be almost 18 months before he would become a regular senior player.

His first season with the Swans saw him in and out of the side. He battled through injuries, form and fitness, eventually finding himself at the bottom of the pecking order. It wasn't all bad, starring against the Blues in Round 2 where he amassed 17 disposals and kicked 3 goals. 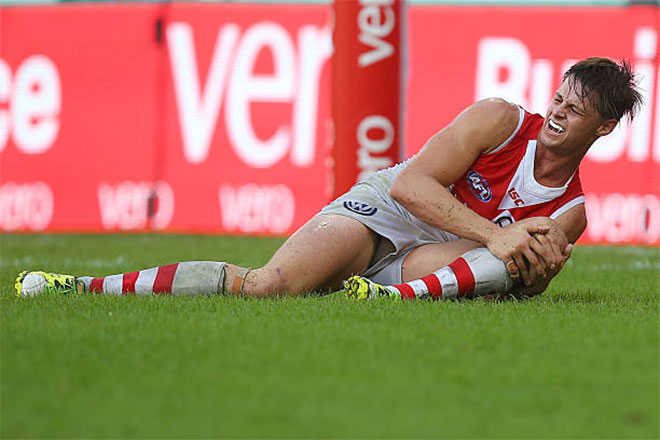 It was a one-off performance, finishing the season averaging under 10 disposals and 14 hit outs a game. Toby Nankervis, out of contract and half-way out the door, jumped Sinclair in the pecking order. Despite his poor performances, he wasn't nearly as poor as Jetta for the Eagles.

His second season started much the same way his first finished. Up and coming youngster Darcy Cameron challenged Sinclair in the pre-season cup, looking like a great prospect, while Sinclair failed to excite. The writing was on the wall for Callum, but fortune shined on him, with Darcy sidelined in the early rounds with a shoulder injury. The under pressure Swan had a second chance at senior level.

After waiting until Round 3 for a senior game, we slowly began to see improvement on his first season. His attack on the ball around the stoppages improved by the week. Racking up an impressive tackle count in his first four games gave the fans hope, culminating in a 19 disposal and 6 tackle game against the Blues in Round 6.

Although still struggling to crack double digits in possessions, and barely getting 15 hit-outs a game, he earned himself a regular spot through hard work and determination. His next few games were more than handy, looking like the player who'd turned a corner and the one Swans' fans hoped for.

Then something happened, unforeseen, unexpected and earth shattering, tipping the Tippett apple cart upside down. The stars aligned in Round 18 when the usually clumsy, bumbling ruckman, who struggled to take marks, let alone contested, destroyed the St Kilda backline.

He dominated Jake Carlisle in his career-best game, picking up 19 disposals, kicking 5 goals and taking an incredible 10 marks, 8 of them contested. It's the third most number of contested marks taken in a game, of all time. For a man that had earned himself the nickname "teflon" this really was somewhat of a shock to all.

Everything that went his way he gobbled up. Even at one point calling Buddy Franklin out of a contest so he could clunk another mark inside 50. As many of us looked on in shock he took the game by the throat and single handedly won the game for the Swans, Leading them to a 101-59 victory. 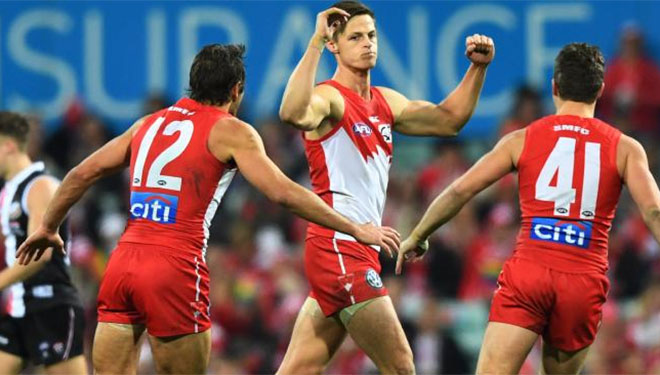 The message boards were a buzz with the performance with many asking if this was all a dream? A fortnight later he showed glimpses of that form again as he was amongst the best as the Swans towelled up the Cats. He had a handy game to sat the least, collecting 17 touches, 6 tackles and 8 inside 50's, as the Swans defeated Geelong by 46 points.

He finished off the home and away season strongly, and by the end of Round 23 had firmly cemented his spot in the team. Kurt Tippett was cast aside, earning his keep in the NEAFL while the Swans played in the finals.

He followed up his excellent St Kilda performance with another starring role against Essendon in the elimination final, sharing in the coaches votes with Franklin, Kennedy and Dean Towers. 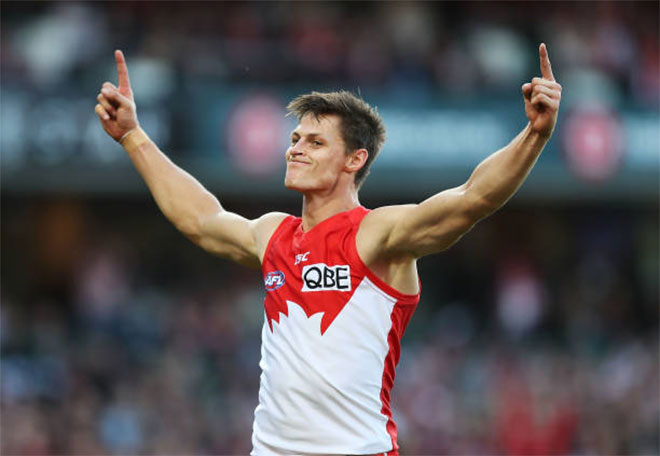 It just goes to show that it doesn't matter how much talent someone has if they aren't willing to crack in for the cause. For this, We should all stand back and applaud The Chief.

Sydney Swans defender Jeremy Laidler has called an end to his 10-year AFL career, having played 87-games for three…

While the majority of Sydney Swans were nursing Mad Monday hangovers, a tentative few waited by the phone for…