The Bob Skilton Medal is the night of nights for the Sydney Swans, celebrating various awards and achievements throughout the season, and the crowning of the 2017 club Best and Fairest.

Captain Josh Kennedy, Heath Grundy, Lance Franklin, Luke Parker and Dan Hannebery are all in contention for the coveted award, with Kennedy vying for his fourth Bob Skilton Medal.

Last years Medal count lived up to the hype, with Josh Kennedy narrowly winning his third club best and fairest by 79 points over Dan Hannebery, clinching it with a stellar finals series.

Quite how the senior Swans will fair is anyone's guess. Given the Swans' lacklustre start to the season, Zak Jones and Jake Lloyd emerged early on as contenders for the award, both enjoying consistently good seasons.

Dan Hannebery enjoyed a consistent season, while Luke Parker struggled through injury and form dips in the first 10 rounds, before blasting away the competition after the bye.

As always, the young and inexperienced Swans failed to disappoint, proving themselves the equal of their senior peers when the going was tough, and excelling in a winning team.

Zak Jones, Dean Towers, Callum Mills and Will Hayward proved themselves valuable players, while Nic Newman finally got his crack and proved his worth.

Where you can watch it

The Sydney Swans will be streaming a live broadcast through the website and the Sydney Swans AFL app from 7pm. The Swans social media crew will be posting regular updates on Twitter, Facebook and Instagram.

The Swans Blog will be hosting their very own pre-Bob Skilton Medal live SwansCast, hosted by Justin Mitchell, Stephen Treloar and Myles Stedman.

We'll be broadcast live from 5pm, running until 7pm, taking questions and comments from our listeners, live on Facebook.

After each game, votes for the 2017 Bob Skilton Medalist are awarded by the Sydney Swans coaching staff, including John Longmire and his assistants (4).

A maximum of 10 points can be awarded to as many, or as few players after the match, with 50 votes the maximum amount a player can receive.

Club player life memberships are awarded to players that have played 150 or more games for the Sydney Swans, with their 150th game in the 2017 season.

This year, Luke Parker will be awarded club life membership, playing his 150th game for the club against Essendon in the Swans' record breaking finals win.

The Paul Kelly Player's Player of the Season is awarded by the players' peers, with votes collected throughout the season. Each player votes on their peers 3-2-1 after each game, but they can't vote for themselves.

Last season Aliir Aliir won the award after an outstanding debut season, but was unable to recapture the same form this year.

Paul Roos Player of the Finals is awarded when the Swans play two or more finals in a season. This year the Swans played two finals, for one win and one loss. Last year, the award was shared between Heath Grundy and Josh Kennedy.

Barry Round Shield for Best Clubman is awarded to the player thought to be the best "clubman", the one that best embodies the spirit of the football club. Last year it was awarded to Alex Johnson, who was undergoing rehab after another knee reconstruction.

Rising Star Award is awarded to the best young player for the Sydney Swans. There's a lot of young talent in the team, with Nic Newman, Oliver Florent and Will Hayward, amongst others, in with a chance to win it. 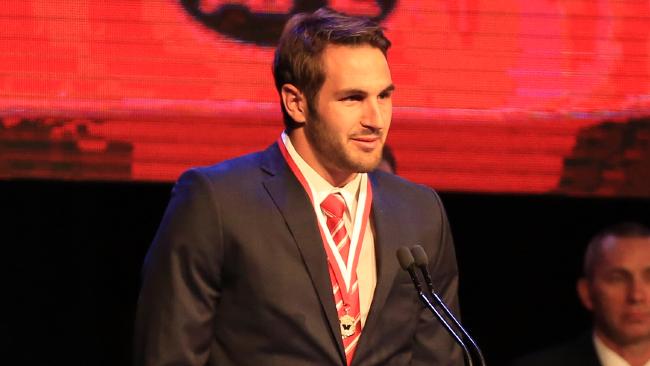 Enjoyed another super consistent year, taking over the captaincy from Kieren Jack and Jarrad McVeigh. Despite a slow start and several niggling injuries, he lead the Swans with aplomb and turned around a disastrous start to the season, into a record breaking run for the finals.

Unlucky to miss out on the All Australian team, he featured strongly in the Brownlow Medal count, amassing 23 votes. 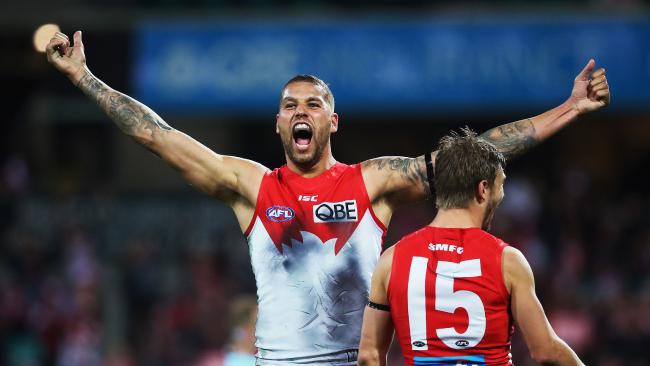 The superstar forward enjoyed another superb season, winning his second Coleman medal with a ridiculous 10-goal haul against the Carlton Blues. Despite several quiet patches and frequently accuracy issues, with the guidance of Tony Lockett, his field kicking and goal kicking eventually went to another level.

His first two matches against Port Adelaide and the Bulldogs were mesmerising, picking up 5 Brownlow Medal votes before finishing one behind Josh Kennedy on 22. 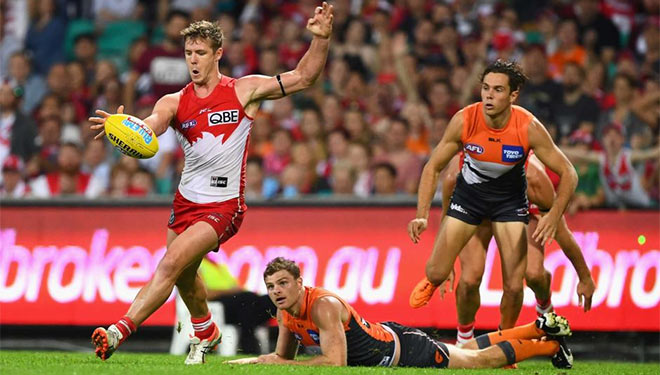 The vice-captain struggled through the first half of the season with various niggling injuries, before putting it all together with a team-best second half.

His second half of the season was so good, that he polled strongly in the Brownlow, finishing third for the Swans with 16 votes, and is expected to finish strong in the Bob Skilton Medal. 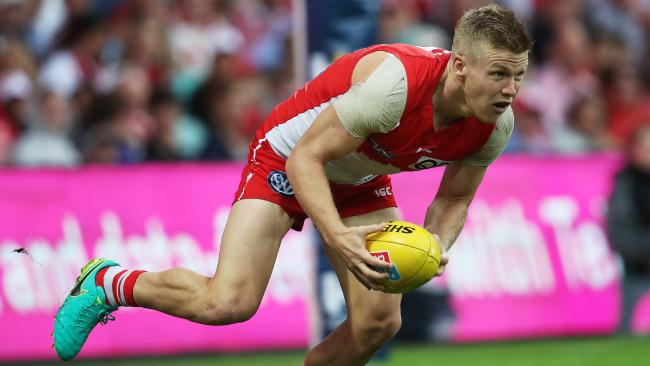 A perennial runners up in the Bob Skilton Medal count, finishing just behind Josh Kennedy in last years enthralling count.

Dan enjoyed another consistent year, shrugging off early niggles before performing well either side of the bye. 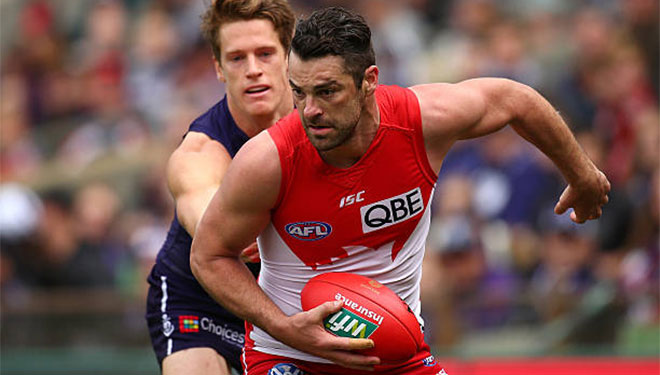 The ultimate stopper, consummate professional and excellent defender, enjoyed another excellent season. Despite early season woes, with the Swans deck-chair shuffling the fit and unfit defenders around, Grundy continued to perform at a high level.

With the return of Dane Rampe and rapid improvement of Lewis Melican, Heath enjoyed an extremely consistent second half of the season. 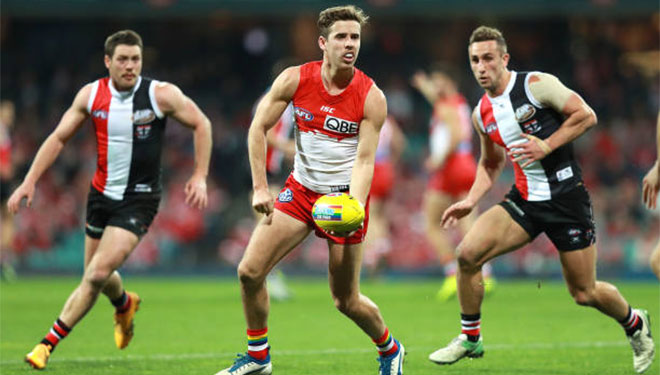 Jake Lloyd, the quite, steady influence off the half-back line, enjoyed an improved 2017 campaign, starting almost every game of the season, only failing to finish against the Hawks in Round 10.

Give his unassuming style of play and relatively slight stature, his influence and ball control was sorely missed in both of the 6-point losses against the Hawks.

Finishing 7th in 2016's Bob Skilton Medal, he's expected to break into the top 5, and we think he can do it. 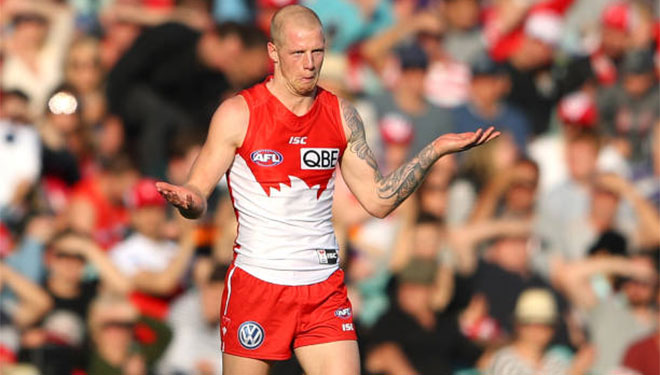 The "Zak Attack" enjoyed a stellar break-out season, playing 23 of 25 games, and providing invaluable run and attack off the half-back line.

We've added up all of our players' ratings throughout the season to predict the top 10 on Friday night.

The Sydney Swans are undergoing somewhat of a coaching shake up this off-season, and with news Dean Cox is…