The AFL has released their home & away fixtures for season 2018 today, and the Swans are one of the big winners.

Playing an incredible 12 night matches, and 20 of 22 matches between Sydney and Melbourne, they travel to Perth just once at the start of the season.

But where the Swans win out with preferential treatment on Thursday and Friday night matches, their first eight rounds are incredibly difficult, playing 5 of last years top 8 teams.

Their first two away matches, either side of home matches against Port Adelaide and the Giants, are winnable matches, but then face the Cats at Kardinia Park and the Crows at the SCG.

On paper it looks like a draw from hell, but compared to 2017's fixture, where all of those games were away, most of them are at home.

If the Swans can navigate the first eight rounds of the season, narrowly bested by Collingwood's harrowing April, then they stand a chance at a tilt at premiership.

But how does their draw stack up against other contenders? Richmond have won big time in the TV stakes with prime time showing on Friday nights and won't travel much.

Western Bulldogs have been rewarded for a mediocre season with a rather kind venue fixture, rarely leaving Melbourne and overall, playing many of their matches at venues of their advantage, while St Kilda, the Suns and the Bombers get absolutely reamed. Compared to Sydney's though, it's not quite as good.

Overall, the fixture is quite good for the Swans, who've regularly had one of the most difficult draws since 2012. Most of their difficult matches are at home, with away games to the Eagles, Tigers, Hawks and Cats interspersed throughout home matches against the same teams (except Tigers), and Port Adelaide, amongst other winnable games.

St Kilda on the other hand, had copped a draw from hell, punished every way possible and will find it difficult to maintain their level in 2018. They narrowly pipped Essendon for the most difficult draw, who've got a tough April and a reasonably difficult road campaign. 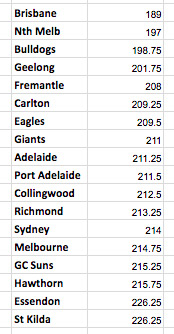 Brisbane needed a hand up for 2018, and the AFL have given them exactly what they needed. While they're not playing a lot of prime time games, just one for the first half of the season and four all up, they're playing most of the hard games at home, and don't suffer from 6-day breaks, or ridiculous travel arrangements.

Geelong's sticking out like a sore thumb again, gifted an overall soft draw. While their first half of the season is certainly among among the more challenging, their second half stands out on its own. There's tough games against the Swans, Tigers and Crows, but after that they're all winnable, and most of them at home.

We've calculated the strength of opposition using their finishing position after finals last year, the venue and using a grading system that adds more weight to longer distance travel, and how many days breaks there are between games.

Collingwood and Essendon cop an almighty whack when they play Anzac day, backing up just 3 and 4 days later and we've added a hefty penalty for that. Collingwood have a middle-of-the-road draw and won't just "slide on up" as some have suggested, while Essendon will find it tough going just to back up their finals appearance. 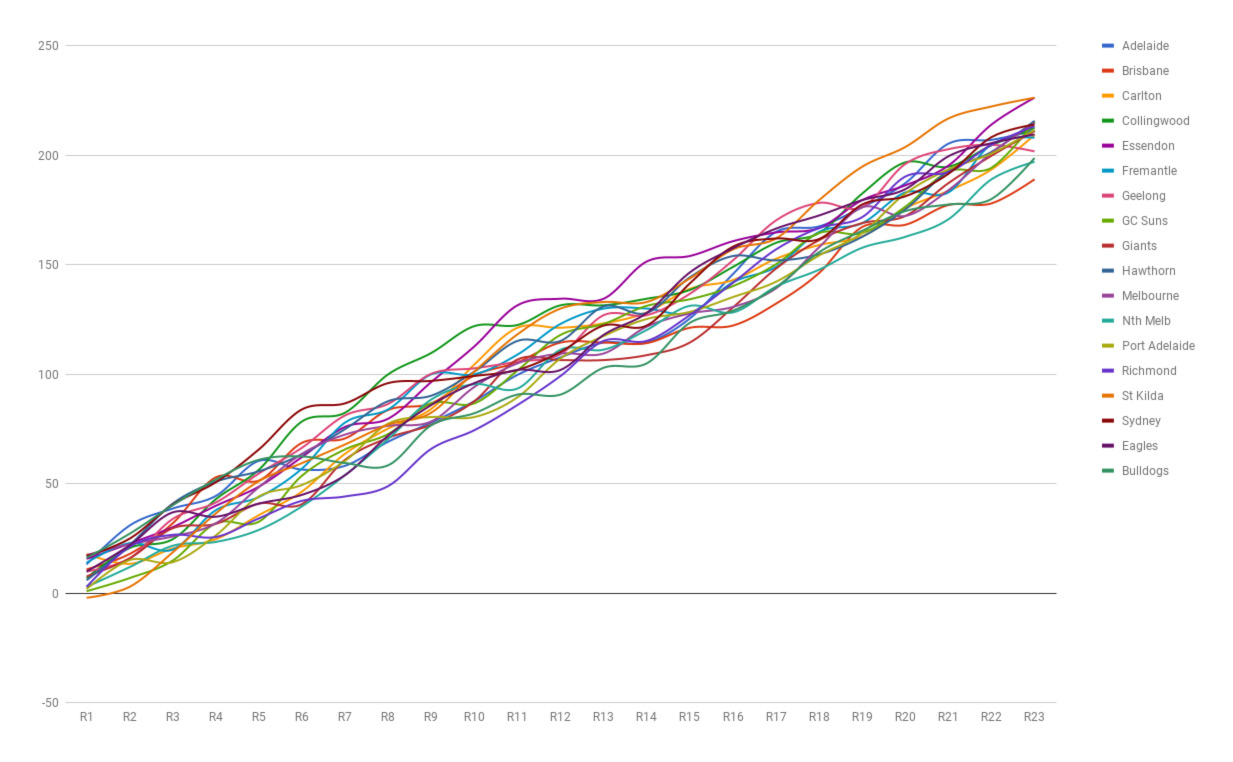 Overall, the draw is pretty consistent without a lot of favouritism shown, but there's several obvious cases of favouritism, in particular Richmond leading up to round 12. For a fair while they cop a pretty easy run of things before having one of the more challenging second halves of the year. 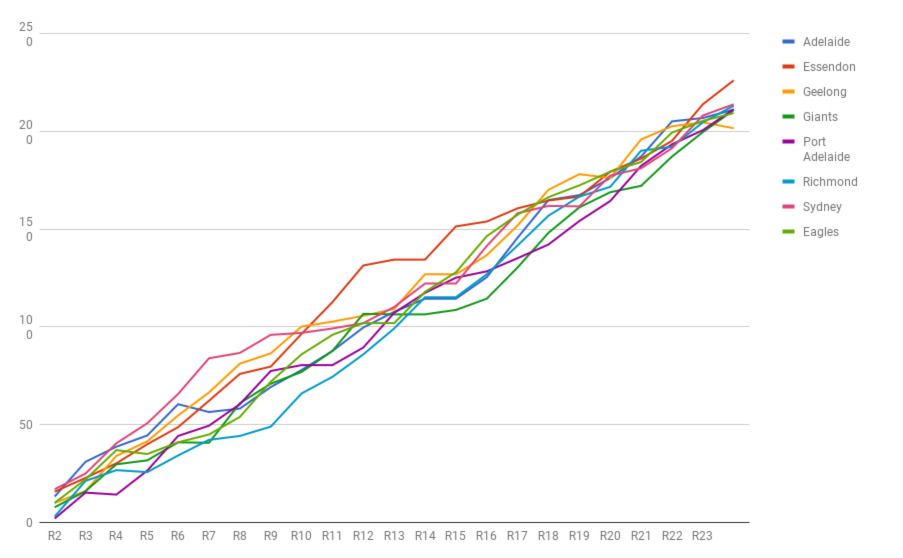 Sydney and Richmond enjoy opposite ends of the spectrum starts, with the both teams rated as having the most difficult, and easiest draws respectively, for the first 8 Rounds.

Essendon takes charge from Round 11 and rarely relinquishes their title of fixture from hell, clearly winning out in the end. The top 8 teams from last year have mostly consistent draws, with Geelong the clear standout amongst the group. They final three games are all winnable, with their last two essentially push overs.

Alex Johnson on the outer, joined by Sam Fisher

Today the Sydney Swans announced two more list changes to their side ahead of the 2018 season. Premiership player…