Perth Stadium will fittingly kick the season off for the Eagles against one-time arch enemy, the Sydney Swans, in a blockbuster clash to end Round 1 on Sunday afternoon.

Hype has been building since the Eagles won the rights to the first game at Perth Stadium, and will now go into overdrive with the game rapidly approaching.

Both teams carry injury concerns heading into the match, with Nic Naitanui just passed fit, despite playing just 60 minutes of football in the last 18 months.

Naitanui's return will bolster a questionable midfield, already threadbare with the retirements of Priddis and Mitchell in the off-season, and provide respite for the undermanned forward line.

The Swans carry limited injury concerns into the game, with Dan Hannebery missing through a calf injury, unable to pass fit at Thursday's main session, Sam Naismith who recently ruptured his ACL, and Gary Rohan who remained in Sydney for family reasons.

Jarrad McVeigh and Heath Grundy return to the side off restricted pre-seasons, while Robbie Fox plays his first game since Round 4, 2017.

WHERE AND WHEN:
Optus Stadium, Sunday March 25th, 4.20pm AWST

Callum Sinclair vs Nic Naitanui
Nic Nat is coming off a limited pre-season while Sinclair is returning to the side after injuring his ankle in JLT 1.

Luke Shuey vs Luke Parker
The two midfield bulls will be at their best. They're both class and will need their best minders making sure their impact is limited. Expect to see Parker drift forward and stretch the Eagles defence

THE SIX POINTS:
1: Last time they played, the Eagles boasted a midfield of Brownlow medalists Matt Priddis and Sam Mitchell, and Coleman medalist favourite Josh Kennedy. Kennedy will miss through injury, while Priddis and Mitchell have retired.

2: The Eagles have won their last two fixtures in Perth by an average margin of 39 points, while the Swans won the previous 5 between the sides at Subiaco.

3: The last time they met, Priddis and Mitchell had 7 tackles each and 46 disposals - 23 of them contested - between them.

5: Sydney have enjoyed a positive JLT campaign, winning both games and conceding and average of 55.5 points. The Eagles won their first game, but scored an average of 47.5 points for.

IT'S A BIG WEEK FOR...
Nic Naitanui, the athletic ruckman will be making his long awaited return after 18 months on the sideline, having ruptured his ACL in Round 22, 2016. The club are rolling the dice on his fitness, having played just 60 minutes of pre-season football this year. 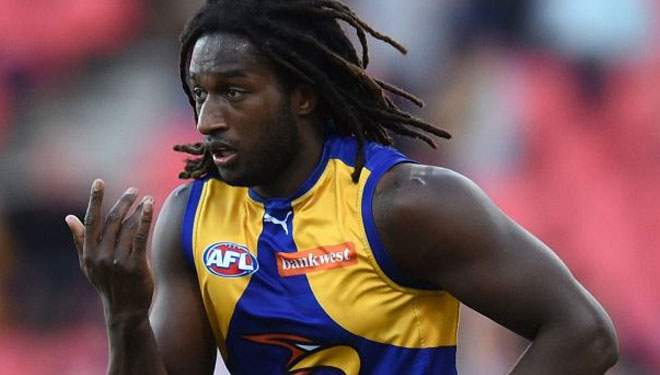 Nine years may be just the beginning for Franklin

31-year-old Sydney Swans superstar forward Lance Franklin is showing no signs of slowing down, entering the 5th year of…

Season preview: Can the Swans do it again?

Fourteen finals in 15 years, with two premierships, a platinum performance from a sporting club by anyone’s standard.…