Overnight in South Africa, we witnessed the culmination of one of test crickets' great rivalries cross an invisible line for which there is no recourse, no way to come back from.

As a nation we pride ourselves on being tough but fair, a motto not only taught to our children, but etched into our national psyche, worn as a badge of pride since before most of us were born.

Of all the things that've happened in world cricket in the last 30 years, including issues with Zimbabwe, South Africa and Pakistan, it pales in comparison to Cameron Bancroft's use of sandpaper (watch video) to change the condition of the ball. 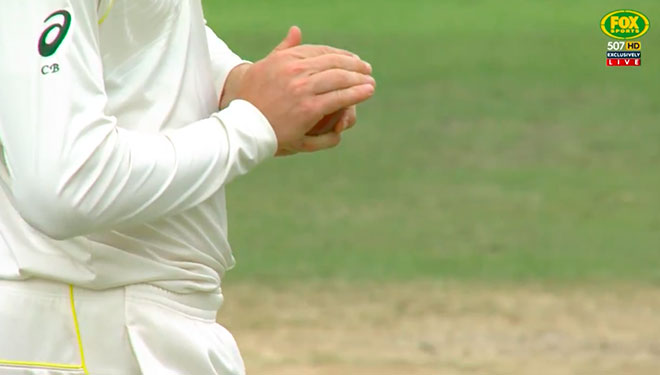 The cricket world has predictably reacted with shock and outrage at Australia's pre-meditate attempt to cheat against South Africa.

Captain Steve Smith fronted the press after the days play with Bancroft already cited for ball tampering in the second session of play, caught shoving sandpaper down his pants on television. 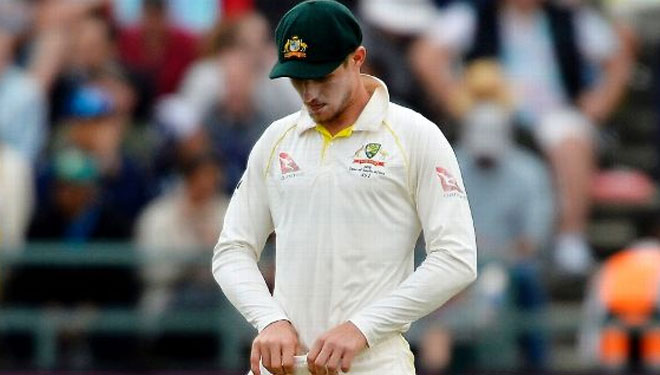 In an extraordinary end-of-play press conference, Bancroft admitted to tampering with the ball to have it replaced, and Smith revealed that the idea was in fact his and the teams' leadership group.

Bancroft has since been charged by the match referee and faces a hefty fine and either three or four demerit points, which could trigger a one-Test suspension.

Steve Smith could yet face sanction from the ICC and Cricket Australia, but in the mean time has refused to stand down as test cricket captain.

"I won't be considering stepping down. I still think I'm the right person for the job," he said.

"Today was a big mistake on my behalf and on the leadership group's behalf as well.

"I take responsibility as the captain. I need to take control of the ship.

"I'm incredibly sorry for trying to bring the game into disrepute the way we did.

"This is certainly something I'm not proud of and something that I can hope to learn from and come back strong from." 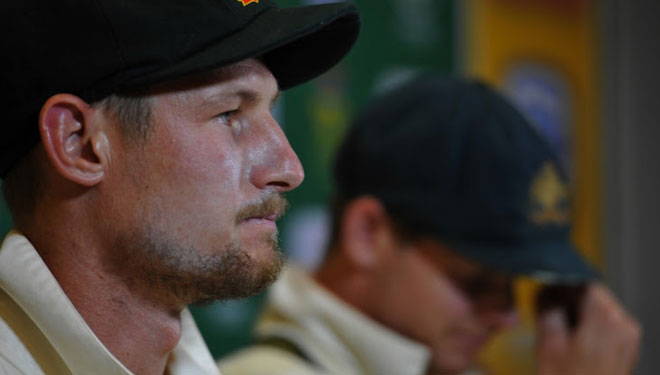 Perhaps the most incredulous aspect of this whole affair is the complicit nature of the team, leadership group and coaches for not only condoning it, but encouraging. Worse still is the fact that the newest member of the team became the patsy.

I don't know how on earth Smith can't see what's entirely wrong with what he did. Despite the fact that the 28-year-old has a near flawless record, he went on to say that he would feel "bad" if he wasn't caught.

"If we weren't caught I'd still feel incredibly bad about it ... it's a big error in judgment.

"It was a poor choice and deeply regrettable.

"I can promise you it won't happen again."

The four-test tour of South Africa has been marred by a number of spiteful and ugly controversies, but none of what's gone on before gives any excuse for what was done on day 3.

"The Australian camp has been lecturing people lately on how the game should be played and a line that shouldn't be crossed," former England captain Nasser Hussain told Sky Sports.

"Some of the stuff that has come out of the Australian camp, especially, has been laughable."

Retired test batsman Kevin Pietersen and injured pace bowler Dale Steyn weighed in and said that nothing is ever done without the consent of the captain and coach.

"This will be Darren Lehmann's greatest test as a coach, cos (sic) I will struggle to believe that this was all Bancroft's idea," Pietersen posted on Twitter.

"Nothing in professional sport is done without the consent of your captain and coach," Dale Steyn said.

The fall of Smith will be sharp and sudden. Once one of the most respected members not only of the Australian cricket team, but international test cricket, there's no way that he can recover from this controversy.

Given match television footage suggested communication between Lehmann and 12th man Handscomb, who then relayed the message to Bancroft, its inconceivable that Lehmann, the coaches and senior leadership didn't know about the plan, and Smith confirmed as much. 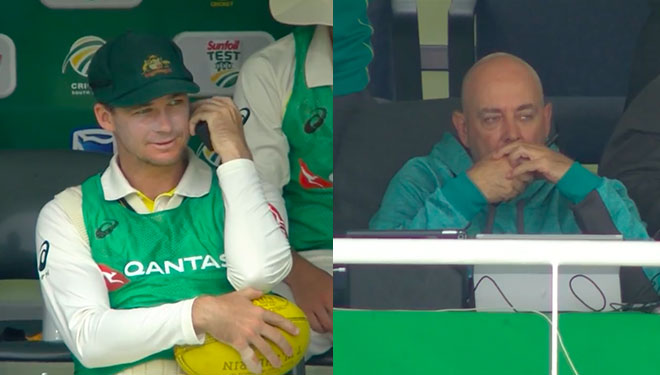 "The leadership knew about it, we spoke about it at lunch. I'm not proud of what's happened, it's not within the spirit of the game," Smith said. "My integrity, the team's integrity, the leadership groups integrity has come into question and rightfully so. It's certainly not on and it won't happen again, I can promise you that under my leadership.

"I'm not naming names but the leadership group were what talked about it and Bangers (Bancroft) was around at the time and we spoke about it and thought it was a possible way to get an advantage. Obviously it didn't work, the umpires didn't see it change the way the ball was behaving or how it looked or anything like that, so it was a poor choice and deeply regrettable our actions.

"We saw this game as such an important game, not that other games aren't important as well, but an opportunity. We've seen the ball reversing quite a lot throughout this series and our ball just didn't look like it was going to go. That's a mistake on our behalf again. It's such poor actions and deeply regrettable and certainly won't happen again under my leadership I can promise you." 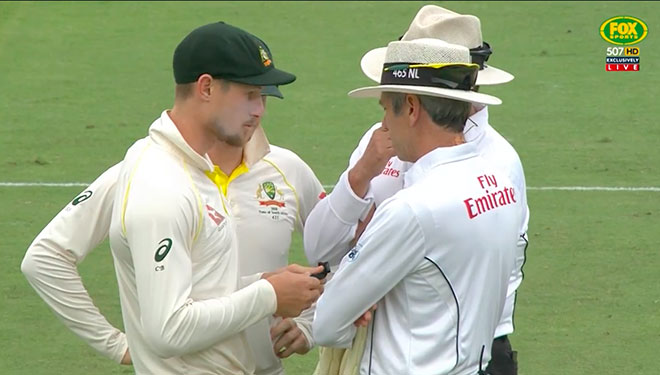 There's no way that Lehmann and Smith should survive this ordeal. If anything, the team should be changed significantly ahead of the fourth test, with any chance of winning the test series all but snuffed out.

For a cricketer whose career has been built on the foundations of deep admiration and respect, intentional and orchestrated cheating has all but eroded it, and left him clinging to not just the captaincy, but the team like Leonardo DiCaprio in Titanic.

Finally for all of us Swans supporters, the year and day had finally arrived, and what a fantastic venue…

Nine years may be just the beginning for Franklin

31-year-old Sydney Swans superstar forward Lance Franklin is showing no signs of slowing down, entering the 5th year of…