It was an emphatic return to form at the Swans’ home ground, the SCG, that we all knew was coming. Thankfully, no repeats of the dreadful 2017 start, despite writing about the unwanted records looming for the Swans this year.

This time around, Fremantle had to play the role of patsy for the Swans faithful, gallantly returning to the scene of their last Swan murder. For naught, the Swans had fought back against Adelaide and North Melbourne in their last two matches, dreadful first halves in both games essentially erasing any chance of victory.

While the SCG is no longer the Swans fortress it once was, the start of season 2018 bares more similarities with 2006 than any other 1-4 start at the SCG. Round 2 in both seasons was against Port Adelaide, and both times the Swans lost, by 26 in 2006 and 23 this year.

History lessons aside, the Swans’ domination against the mixed form Fremantle Dockers showed the competition - after their thrilling 8-point win against Hawthorn in Round 8 - that they are in it to win it. They dominated the Dockers from start to finish and did little to prevent Fremantle from butchering the ball, nor should they have.

The Dockers might have lead or have been neck-to-neck at quarter time, with more poise and control. Three missed shots, including Cam McCarthy’s dead set shocker from 10 metres out, epitomised their performance – poor. Their ball movement, despite owning the ball early in the first quarter, was inefficient at best, and their conversion inside forward 50 was deplorable.

Fremantle lead 13-to-4 inside 50’s with eight minutes left in the first quarter yet trailed on the scoreboard 12-to-2. The Swans predictably punished them for their wastefulness and were well and truly out of sight five minutes into the second quarter. 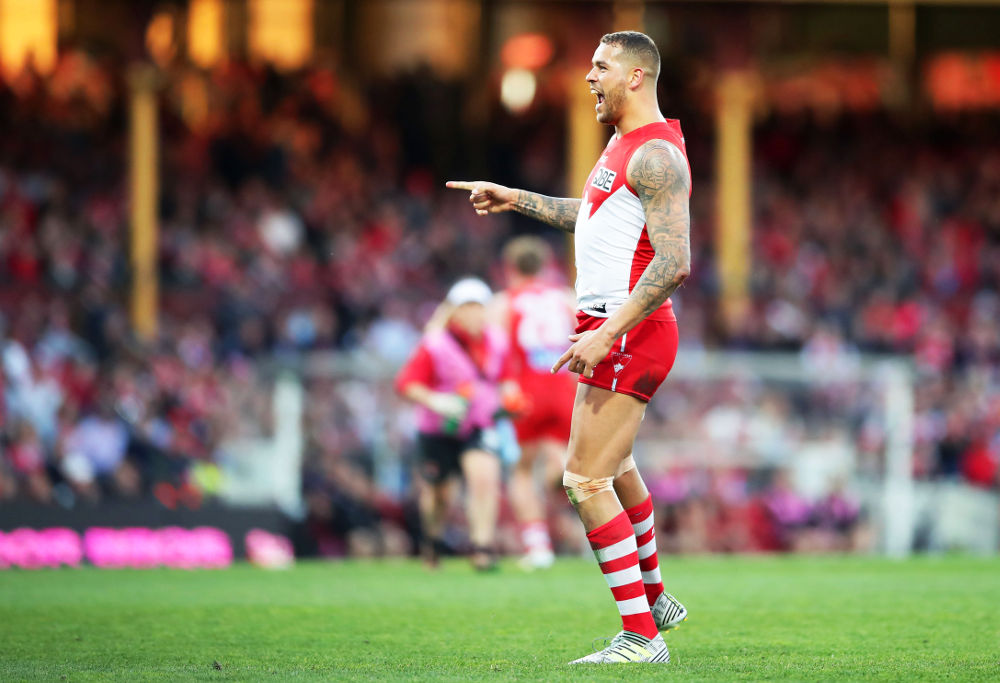 Fremantle got their first goal from a poor kick by Jake Lloyd – it was not registered as a clanger or turnover to Lloyd but to Zak Jones, who dropped the dodgy inboard kick. Michael Walters swooped and snapped truly, despite Cam McCarthy on his own in the square.

It would be more than a quarter before they would kick their second goal through Aaron Sandilands, and by then they were well and truly out of the contest. The last quarter was an exciting spectacle as both teams eased up on defence.

Still, the Dockers did not win that quarter, despite kicking five goals. Perhaps most frustrating of all for Dockers supporters, wasn't their complete lack of composure when kicking inside 50, but their forwards inability to compete on the ground and in the air.

The Swans were terrific at locking the ball inside their forward 50, and for a change, dominated the inside 50 count, registering 10 more than Fremantle. They hit targets as often as they hit the scoreboard, but more importantly, spread the load. Josh Kennedy was the first multiple goal kicker – he was the only multiple goal kicker with three until Franklin booted his second late in the third quarter.

While Fremantle struggled to get the ball inside their forward 50, kicking just two goals in the first three quarters, the Swans already had eight different goal kickers, finishing the match with 11. Their spread was no doubt what the coaches, along with fans, had been demanding for far too long.

There’s always a silver lining with omissions and injuries, it gives players a chance to shine, prove themselves, or forces the team to reset and approach situations differently. The Swans’ defence has arguably been better without Melican, although you would not have said that a month ago.

They certainly benefitted from Franklin’s absence, converting their pressure on the scoreboard on Saturday night. It took a 3rd game rookie last week against the Hawks to win the game, setting an AFL record, while a stunning fourth-quarter fightback sunk the Cats on their own patch.

In all their wins this season, the lesser lights, younger players and rookies have lead the way. Callum Sinclair and Jake Lloyd have been consistently the best performers – aside from the superstar forward Lance Franklin, elevating their games to heights few expected. Despite playing against Aaron Sandilands - who is playing as good as he ever has - Sinclair broke even. He did not win the hit-out count or the clearances but did enough around the ground to nullify Sandilands’ enormous ruck advantage.

Jake Lloyd, Dane Rampe, Nick Smith and Heath Grundy – all rookies – were superb on Saturday night. Grundy is in career-best form, Rampe is leading the defence as good as anyone in the league, and Smith is still as indomitable as he has ever been. Smith was superb in his 200th, Kennedy one of the best in his 200th for the Swans, and Lloyd backed up from his almost best-on-ground 100th with a clear best-on-ground 101st. 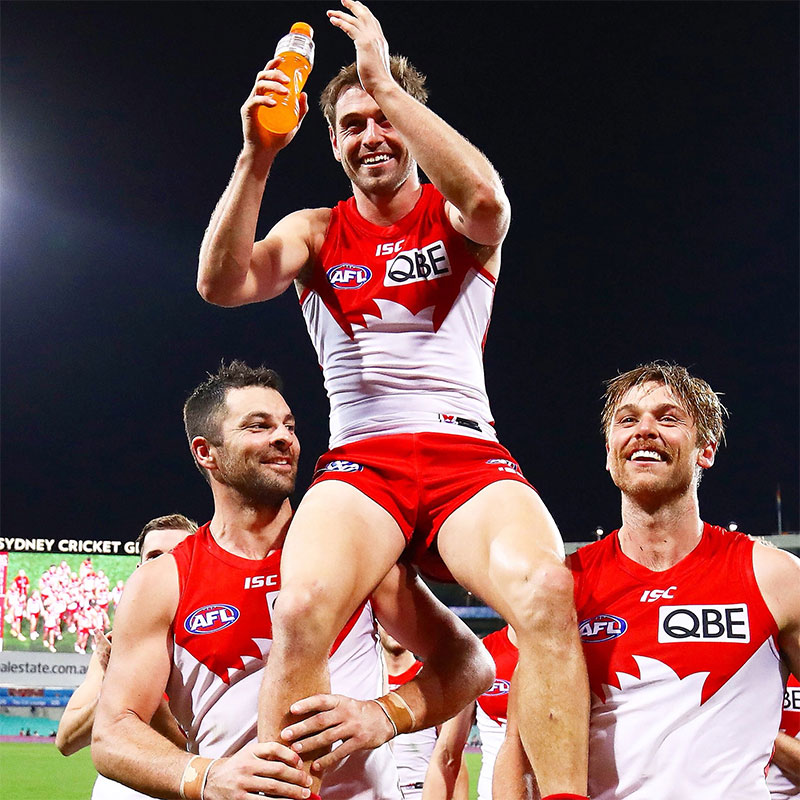 Jarrad McVeigh has well and truly wound back the clock, playing his best football for years, while Mills improves every week. The consistency and improvement from the senior players and the middle tier players, has allowed the younger players to flourish.

Without Lance Franklin, the Swans were short on experience in the forward line, but in the end, did not suffer from his absence. Will Hayward and Oliver Florent have improved out of sight this year, while Ben Ronke has blasted his way into stardom. Isaac Heeney has been a star and arguably the best midfielder, picking up the slack from Josh Kennedy’s and Luke Parker’s inconsistent form.

Often, premiership contending teams rely on the balance between youth and experience. Too much either way and they run the risk of tipping over the edge or falling short in their challenge. Two years ago, the Swans were perhaps too reliant on too few. Maybe those mistakes are repeating again this year, but I like to think that the Swans are far more balanced this time around and they've got the experience-to-youth ratio spot on.

SwansCast Episode 28 - All is well at the SCG

Good evening all, it’s Monday and time for another instalment of your favourite Sydney Swans fans podcast, The…