If there’s anything that we’ve learned from the past three seasons, it’s that any club can win the AFL flag.

The Western Bulldogs and Richmond snapped decades-long premiership flag droughts, considered rank outsiders for the top 8 before their premiership seasons even started, while the West Coast Eagles, widely predicted to win the spoon, proved all their doubters wrong and finally started winning in Melbourne.

Despite a run of poor form, losing to Richmond, the Suns and Essendon, the Swans worked their way back into double-chance contention late in the season, beating premiership contenders Collingwood, Melbourne and the GWS Giants in consecutive games. 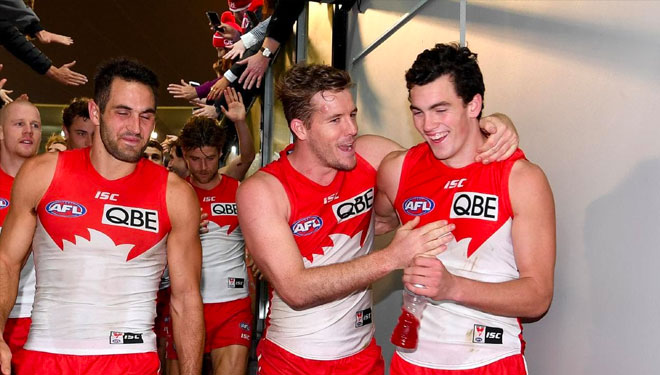 All that hard work was undone in a disastrous performance against the Giants in the first elimination final, scoring 30 points for the game – just 12 months after setting new club and AFL finals records against Essendon.

The score-line was flattering for the Swans, who were lucky to kick as many goals as they did, scoring just two points in 70 minutes of play after midfielder Tom Papley booted their second goal of the game.

It didn’t get any better for the beleaguered Swans, with experienced duo Gary Rohan and Dan Hannebery leaving the club - the latter virtually forced out, while Rohan’s tenure was long past over.

The Swans were extremely busy during the trade period, landing Jackson Thurlow from Geelong and tough midfielder Ryan Clarke from North Melbourne, while landing Nick Blakey for a bargain in the draft.

Will the three captains free up Josh Kennedy?
Once the premier inside midfielder of the competition, the competitive beast has found his influence on matches waning since his promotion to captain.

The Swans have turned back the clock and opted to go in with 3 co-captains this year, with Dane Rampe and Luke Parker. It appeared to pay dividends in the JLT cup with all three players having a greater impact than they normally do.

Will the Swans pull the trigger on Callum Mills?
The big will they or won’t they question; it’s a case of robbing Peter to pay Paul. He’s an outstanding intercept defender who was an outstanding junior midfielder.

The Swans will no doubt want to shift him into the midfield at some point during the season but will need Jackson Thurlow or Colin O’Riordan to step into the void. 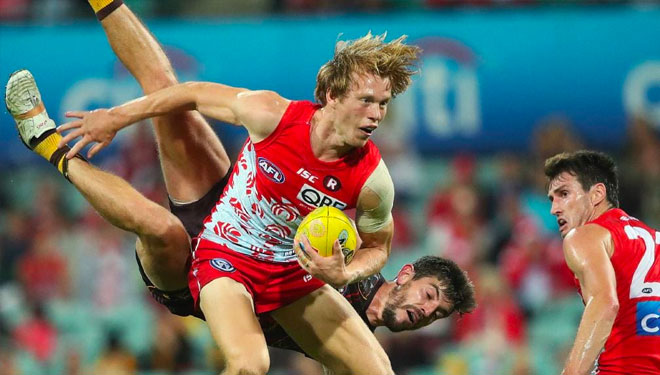 Can the young forward line deliver enough goals?
The Swans have some of the most exciting forward-half prospects in the AFL, with Tom Papley, Ben Ronke, Tom McCartin, Oliver Florent and Will Hayward. The problem? Only Tom Papley has played more than 50 games (60) and has kicked the most goals (83), and now plays almost full-time midfield.

Age was always a big factor heading into 2019, and it’s something the Swans swiftly dealt with.

Gary Rohan (Geelong) and Dan Hannebery (St Kilda) found themselves on the trade table, the latter suggesting he was pushed, with the Swans bringing in defender Jackson Thurlow (Geelong) and young midfielder Ryan Clarke (North Melbourne).

Gary Rohan had just passed the 100-game mark and at 27, averaging 17 games in the last four seasons, while Dan Hannebery had been cruelled by injuries since the 2016 decider.

Both trades were good moves, as they often found themselves out of the side through injury than any other reason. It still leaves veterans Heath Grundy, Kieran Jack and Jarrad McVeigh who’re likely to retire at seasons’ end.

Despite playing an entire season with a debilitating heel injury, with Sydney Swans coach John Longmire famously claiming he had only “trained for 20 minutes all season”, Lance Franklin proved himself a force to be reckoned with with masterclasses against West Coast Eagles and Collingwood.

What could stop them

The Swans have to find a way to score, with their young forward line failing to fire on multiple occasions, notably Geelong in Round 6, West Coast in Round 13 and Essendon in Round 19.

While Lance Franklin is the undoubted star of their forward line, playing another season as the only forward took its toll, with both Sam Reid (various) and Sam Naithsmith (knee) missing most of the 2018 season. 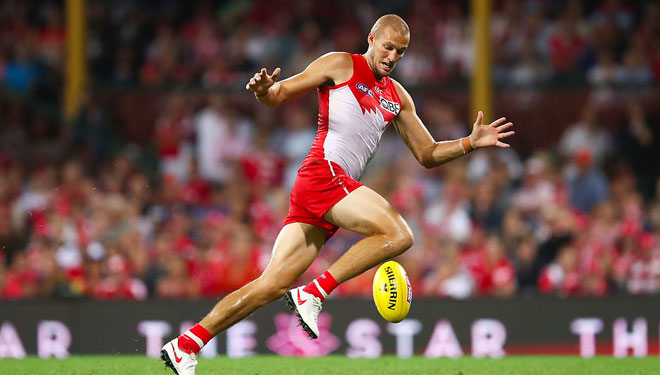 It fell to Will Hayward, Robbie Fox, Tom McCartin and Ben Ronke to secure crucial wins for the Swans in the stars’ absence, with Josh Kennedy and Callum Sinclair and Will Hayward combining for an unlikely come-from-behind win against Geelong in Round 6.

Last season the Swans played the youngest player in the competition at centre-half forward, but with Sam Reid, Lance Franklin and new recruit Dan Menzel ready to play, the new-look Swans forward line has the firepower to kick winning scores.

The Swans were the surprise last season, rocketing to 2nd on the ladder before the bye, before spectacularly tripping over the bye and falling face first into 9th.

It’s a recurring story with the Swans, often written off by all and sundry before making a dramatic turn and proving everyone right, only to do it all over again, but will it be enough in 2019?

They go into the season with plenty of youth and potential, but not enough experience, and will still have one of the shortest defensive units in the league.

The new rules will make it a lot easier for the Swans midfield brigade to find space at contests, but it will also expose Heath Grundy and Lewis Melican’s lack of pace.

Question marks over Swans big men heading into Round 1

With the first game of the season just over 10 weeks away, the Swans are already reaching deep into…