The Swans have announced 3 changes ahead of their crucial Round 3 match against the Carlton Blues on Saturday afternoon at Marvel Stadium.

With the Sydney Swans facing the prospect of starting the season with three consecutive losses - a situation they found themselves in 2017 - they've swung the metaphorical axe in a hope to boost their chances of victory.

Out-of-form defender Lewis Melican and midfielder Ryan Clarke have been omitted from the team, along with Colin O'Riordan, who was dropped after his first game of the season - the fourth of his career.

After a promising JLT Community Cup campaign, recruit Jackson Thurlow will make his senior debut for the Swans on Saturday afternoon.

"It's been good to get Jackson Thurlow back in the team," senior coach John Longmire told SwansTV on Thursday.

"He played a bit during the pre-season, he's been good for us since he arrived at the club.

"We know he has some experience playing down back and through the wing, so he gets his chance to play his first game for our club this week, and we're really looking forward to it."

Midfielder Jordan Dawson returns to the side, having missed the Swans Round 2 clash against Adelaide, while forward Tom McCartin is set to play his first game of the season, after a pre-season concussion scare.

“It is great to get Tommy back, he has played the last couple of weeks in our reserves and he played well again on the weekend,” Longmire said.

“He was super in terms of his efforts at the contest which is what we know he can bring to the team.” 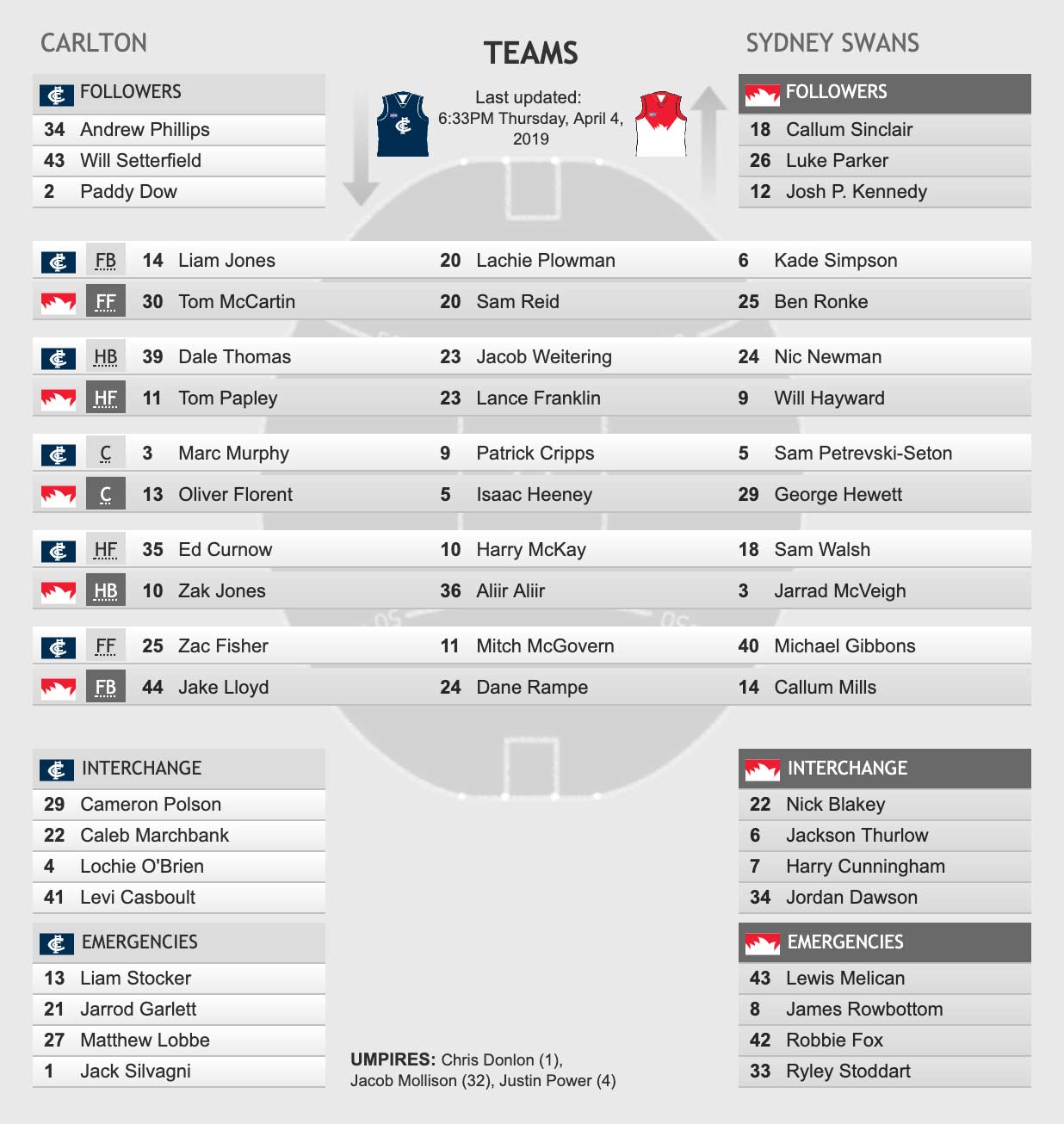 The Sydney Swans received a boost during the week, with the good news that forward Dan Menzel is progressing…