If you were about to enter a lion’s den, or a gladiator arena, or the modern sporting equivalent - the MCG with more than 80,000 rabid, screaming Collingwood/Richmond supporters - who would you want to run out beside you?

For a Sydney Swans player, there can only be one answer – Josh Kennedy.

Fearless, determined, strong in body and mind, JPK is the Swans’ literal and metaphorical leader; the engine powering the Swans train along the AFL track.

In recent years JPK has become increasingly influential when the game has been in the balance, with his ability to change momentum and lead by example. Kennedy, the third generation of an elite footballing dynasty, is frequently a major ball and clearance-getter when the Swans are making their move in a match.

And finals are when this man really thrives. It’s as if their cut-throat nature and high stakes transform this consistently high-achieving, mild-mannered Clark Kent into a kind of Superman.

More than a few commentators have remarked that Kennedy is ‘made for finals’. That’s because he is so hard at the ball and doesn’t flinch under pressure. He dials up the effort another notch and leaves nothing in his considerable tank as he tries to lift Sydney to victory.

Anyone who witnessed his heroics in last year’s grand final, when some of his key teammates - Lance Franklin, Dan Hannebery, Luke Parker - were hobbled by injury would attest to this. Sadly, not even JPK’s broad shoulders were large enough to carry his team over the line against the Bulldogs. 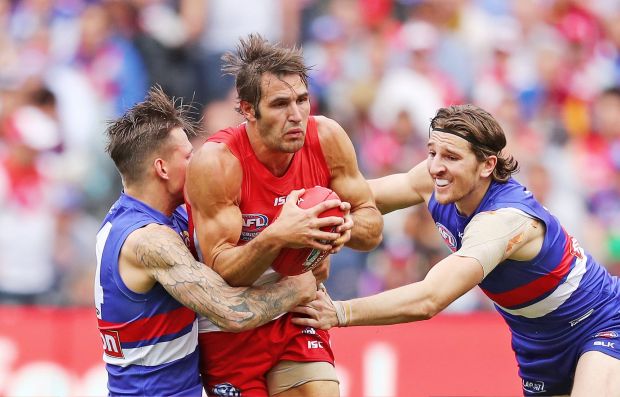 Here are some recent finals stats courtesy of The Herald-Sun for you: Since 2010, ‘Mr September’ has ranked No.1 in the competition in finals for disposals (29.4 per game), contested possessions (16.8), groundball gets (12.4) and clearances (7.3).

In this year’s elimination final against Essendon he gathered 29 disposals (18 contested), eight clearances and two goals to earn the maximum 10 coaches’ votes in the Gary Ayres finals MVP, an award he won in its inaugural year in 2016, averaging 32 disposals and seven clearances per game. Magnificent.

Which brings us to last weekend’s semi-final against Geelong.

For the first time - in my memory anyway - JPK failed to fire in a final. Can you believe it? Nope, couldn’t see that one coming.

Mark Blicavs produced the game of his life (including 14 tackles) to nullify Kennedy and reduce the Sydney star to just three possessions in the second quarter, when the game was still alive.

Of course, JPK was not alone in producing an uncharacteristically poor performance. Many of the Swans players’ personal stats made for grim reading.

It just seemed exponentially worse for Kennedy, whose finals record was impeccable. 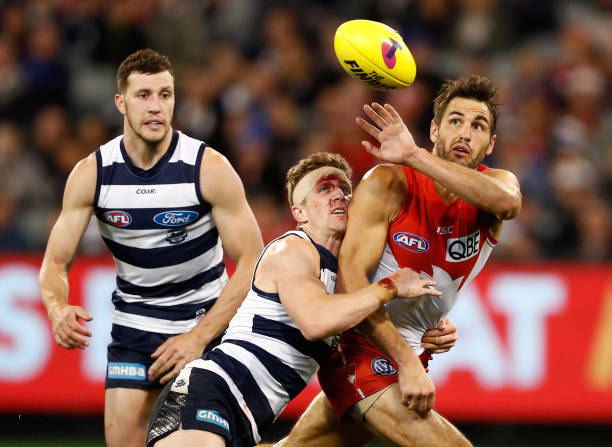 The Swans went down to the Cats by 59 points and frankly, it was all over early in the third quarter. The chance to play in a preliminary final against Adelaide was gone, along with the chance to celebrate Jarrad McVeigh’s 300th game milestone.

“It’s painful because it’s season over and it will be a long six months waiting for next year.

“We did a lot of work to put ourselves in that position and didn’t show up, it’s very disappointing.

“Geelong’s pressure was good and off the back of the week they’ve had. It was pretty clear to see we didn’t have enough contributors and they were just better than us.”

Disappointed coach John Longmire described the players as “buggered” and said they “didn’t really fire a shot”. After months of walking the finals elimination tightrope and Lance Franklin was clearly hampered by the bad corkie he received against Essendon.

But losing this match wasn’t in the outlandish script Kennedy had helped write earlier in the season when Sydney finally got rolling after its 0-6 start. In interviews he refused to dwell on wins/awards/accolades and kept repeating the mantra that the team needed to keep on winning.

Ultimately the team’s achievements to get as far as they did were remarkable, but for Mr September, there will be many months of soul-searching and painful introspection before he gets another chance to produce his finals credentials.

Life as a Sydney Swans supporter is full of ups and downs. Nothing is more certain - not even…

While everyone is going Cartman style banging doors and desks, lets try to reflect on this season as a…