In a game that can only be described as a tale of two halves, the Swans fell short by 23 points despite our first half dominance. In the second half, it was all Port Adelaide, kicking 10 second half goals to take the chocolates.

Before the match it was a race for fitness, with Dan Hannebery and Sam Reid needing to prove their fitness during the week. Unfortunately for Reid and the Swans, he still wasn’t ready with concerns over his hamstring complaint, while Hannebery was declared fit to play.

For the Power, they came into the game without their number one ruck Paddy Ryder (achilles), who is arguably one of the most influential big men in the competition.

Throughout the game, a lot of the same questions and frustrations that Swans fans had in 2017 re-emerged, while Port firmly put to bed their ‘flat track bully’ status. 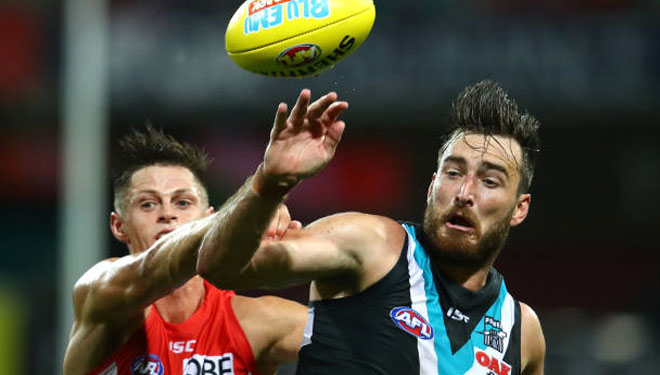 RUCKS
Sinclair toiled away in the ruck amassing career-best figures of 44 hit-outs, helping the Swans win the clearance battle 52-to-46. In the first half, Sinclair dominated the ruck contests with 33 hit-outs, regularly giving the Swans midfielders first use of the ball.

Port Adelaide made an influential change at half time, switching forward Charlie Dixon into the ruck and going small in the forward line. Sinclair’s influence and control of the ruck battle faded dramatically, with Charlie Dixon more than doubling Callum’s hit-out numbers in the second half. Dixon took the game by the scruff of the neck, earning himself at least one Brownlow vote.

With Sinclair’s influence curtailed, the Swans control of the midfield and clearances faded, and the inside 50's and goal scoring opportunities went up in smoke.

Special mention to Dean Towers - although having just the 6 hit-outs, he battled well in the ruck and midfield all game. He cracked in all match, kicked a vital goal in the 4th quarter to drag the Swans within a goal, and was one of our cleanest players in the 2nd half going at a team high 75% disposal efficiency. 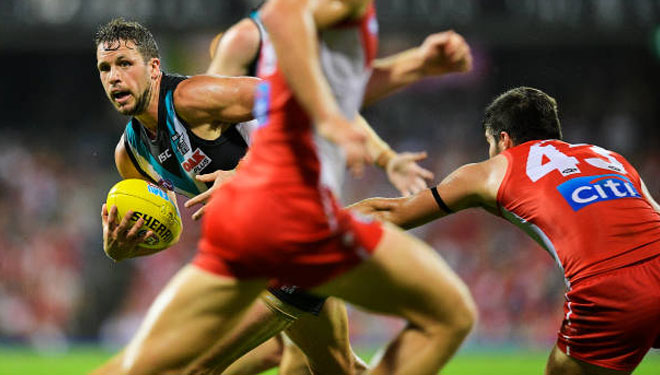 BACKLINE
The Swans defence had a day they would rather forget, with Port Adelaide severely punishing the defence’s mistakes and turnovers, scoring the majority of their points from turnovers and intercepts. The backline was sloppy, underdone and too easy to score against.

In the first half the Swans had all the play. The ball rarely ventured down into their defensive 50, but when it did, the Power seemed to be able to manufacture goals and stayed within arms-length.

In the second half, it was a different story all together. Port Adelaide dominated the possession, territory and inside 50’s game, with the ball becoming a near permanent fixture in their forward half. They applied an aggressive press, coupled with immense forward pressure, laying an incredible 14 inside 50 tackles for the game. The Swans inability to hit targets out of their defensive arc was telling.

The repeated entries piled, and it was telling. Boak and Wingard - both quiet in the first half - sprung to life in the third quarter and turned the match on its head, with youngster Todd Marshall chipping in with aplomb. Port ran riot in the third quarter and booted 7-goals-to-2 and there was little the Swans could do to stop them. Ultimately, Power kicked 10 goals in the second half to the Swans 4, running out comfortable victors.

Although a performance like this is rare from the Sydney backline, I suspect there may be changes ahead of the Sydney Derby against the Giants. Allir Allir should have recovered from his ankle injury, suffered in JLT 1, and would be a welcome inclusion into the backline. Allir provides genuine excitement in the back half, with his intercept marking and fearless approach to the game, along with being another make-shift ruck option, while Lewis Melican could be the one to make way. 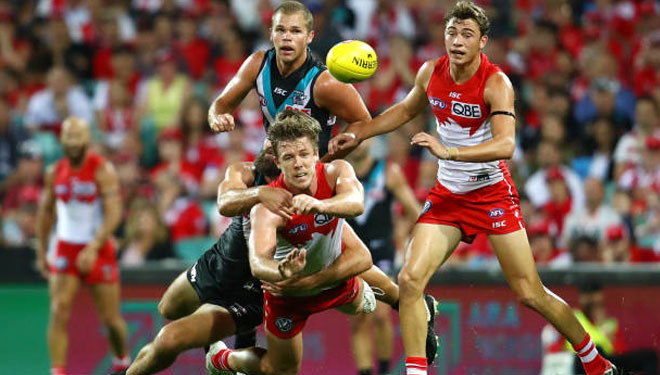 MIDFIELD
The Swans midfield dominated the first half, particularly vice-captain Luke Parker, who finished with 27 disposals (17 contested), 12 clearances and 6 tackles. Parker was the pick of the Swans midfield, but like the rest of the team, his influence faded in the second half.

Captain Josh Kennedy collected 33 disposals (20 contested), 8 clearances and 7 inside 50’s, but while his endeavour and work couldn’t be questions, his disposal efficiency was just 54.5% for the match, and barely above 30% in the first-half. To make matters worse, he finished with a game-high 8 clangers.

It’s the second week in a row the Swans have failed to capitalise on their inside 50 and clearance dominance. While Callum Sinclair dominated the ruck in the first half, it took a goal after the half-time siren for the Swans to lead by 14 at the main break. Like all good sides do, the Power fought back into the game in the second half, and the Swans were left to rue their wastefulness as the game slipped out of reach. 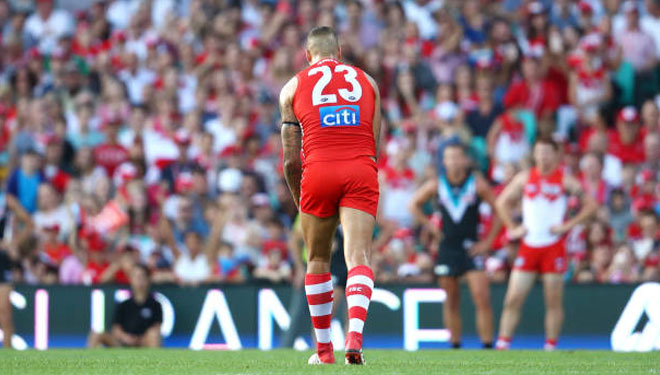 FORWARDS
The Swans appeared to have a similar forward game plan as last week - kick it to Buddy and hope he kicks goals. In the first half - with our midfield dominating - this strategy was working through sheer weight of entries and he kicked 2.2 to half-time. In the second half, we continued to bomb long to Buddy and to his credit, he was superb and one of the only reasons we ended up so close.

With Port gaining the ascendency after half-time, the Swans lost their forwards structure, forcing the midfielders and defenders to hack it out of defence, often straight to an opponent. Even though the players were sloppy, untidy and inefficient, without options forward of the ball the players are placed under immense forward-half pressure.

The one things the Swans are crying out for is a second-tall forward option, and with Tuesday’s announcement by Swans Head of Football Tom Harley that Sam Reid is expected to be available. He’s a big inclusion for our forward structure against the Giants and hopefully he can provide another scoring avenue.

Former captain Kieren Jack, Will Hayward, Tom Papley and George Hewett were very much down on their usual efforts, with only 2 goals kicked between them. However, it must be incredibly frustrating for these boys when the midfielders aren’t looking for the lead up short pass. If the Swans are going to persist with the ‘bomb it to Buddy’ game plan, they must adapt and be better at reading the fall of the ball and capitalising on the scoreboard. 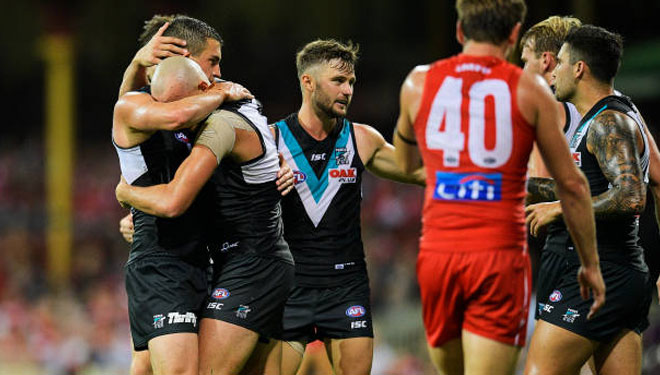 IMPRESSION
All things considered, it was a very disappointing night from the Swans. With the red-hot form shown all pre-season, I really thought we would be up for the fight against the Power and walk away with the Easter chocolates. Unfortunately, we were out worked, out coached and over Powered on our home turf.

To the players’ credit, they tried hard and had belief they could win right up until the final siren. With that said, the Power were the more efficient team and deserved to be winners in the end.

Next week will be a tough contest against the Giants, and we will need to bring our best high pressure and even contribution game if we are any chance of winning. The 2 pre-season wins mean nothing, if we can’t get the 4 premiership points.

The Sydney Swans have received a significant boost ahead of Sydney Derby XIV, with Swans forward Sam Reid named…