Speedster Gary Rohan headlines two changes for the Sydney Swans ahead of their Friday night clash with Carlton in Marn Grook at the SCG.

The forward returns to the side after missing the Swans' trip to Brisbane last round.

Nic Newman returns for his first game since Round 4 against the Western Bulldogs, while forwards Tom Papley and Tom McCartin have been omitted.

“Newman’s form in the reserves has been very good all year and Rohan will play up forward with that real speed at ground level and pressure on the opposition.”

Longmire said Papley was playing sore and was due for a break, while McCartin would benefit from another game in the NEAFL.

“Papley has been a little bit sore over the last few weeks and he just needs a bit of a rest,” Longmire said.

“McCartin has had three games in the seniors now and it’s just part of his development program.”

Tom McCartin and Tom Papley have been named as emergencies, alongside Aliir Aliir and Dan Robinson. 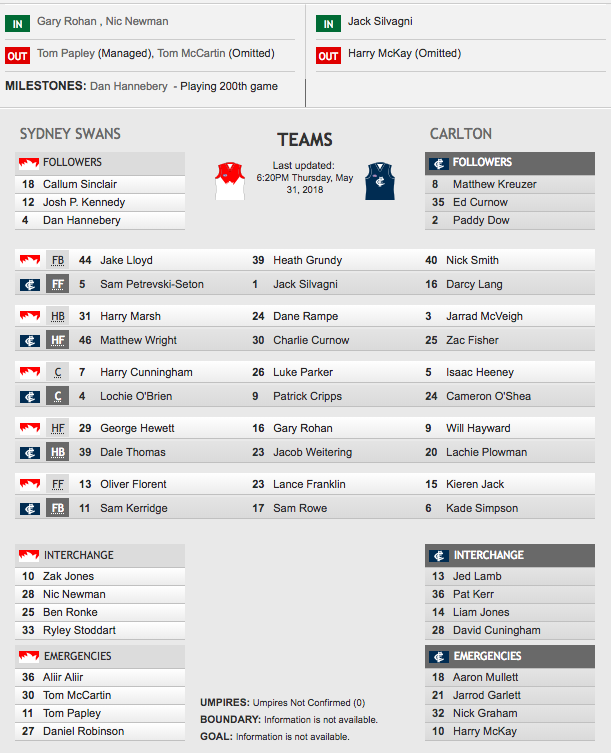 The Blues return to the place of their last Swans murdering on Friday night, taking on one of the…

The Sydney Swans announced today that longtime favourite Swan defender, Alex Johnson, is set to make his return to…