The Sydney Swans are set to be bolstered ahead of their crucial Round 21 match against the Demons at the MCG on Sunday afternoon, with midfielder Dan Hannebery and speedster Gary Rohan named in the extended squad.

Dan Hannebery (calf) and Gary Rohan (hand) have been sidelined for the last month but have been named after proving their fitness at Wednesday's main session.

Hannebery has been the target of recent trade speculation, having been heavily linked to St Kilda, despite remaining a contracted and required player with the Swans.

The 27-year-old has managed just 11 games this season, averaging his lowest numbers since his debut season as a teenager in 2009.

Dean Towers and Darcy Cameron join them on the extended list, after impressing in the NEAFL in recent weeks.

The final side to face the Demons will be named on Friday after the Swans' final training session. 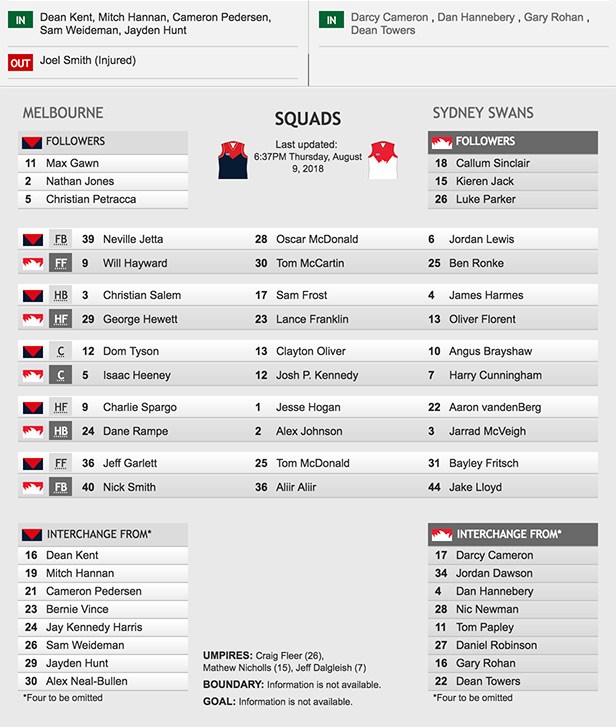 SwansCast Extra Episode 7 - Demons do or die, can Hannebery make it?

Red cards are a must