Like most Swans’ fans, I was glued to trade radio, live update feed and AFL media in general over the trade period, while the superheroes of trading descended on Marvel Stadium.

When the trading period wrapped up on Wednesday afternoon, I promptly spat the dummy, threw the toys out of my cot and wondered what in living daylights had the Swans been up to in Melbourne, to come up with two recycled players for picks in the early seventies.

The trade period hit me on an emotional level when the Swans paid St Kilda to take Dan Hannebery off their hands. My favourite player, my first AFL man-crush – gone for the cost of a cold meat pie and a warm bottle of coke, and it wasn’t even real Coke. It was that Coke with that caffeine flavouring. I can’t stand that stuff.

Thankfully, an article by one of the other Swans Blog minions helped me see some reason on why this was a prudent business decision. Okay Justin, you win there mate, you made me a believer, but I still retain the rights to collect every damn Dan Hannebery Football card in existence.

Make no mistake, the primary goal of the Swans this year was to ensure they secured enough points to draft Nick Blakey from the Swans academy, while retaining several picks inside the first fifty. 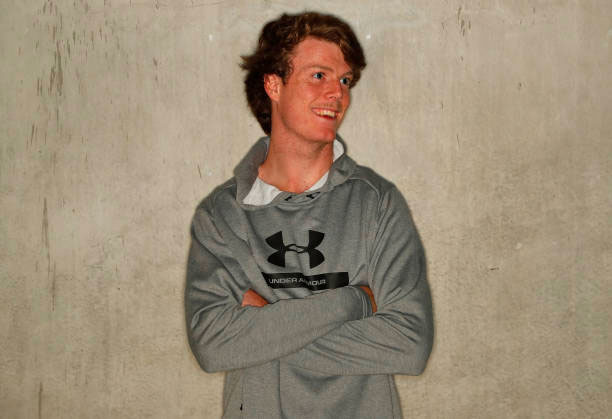 The second goal – one the fans felt was more important – was to bring in players that can free up several of the established players from the back line to play through the midfield.

Being an academy player, Nick Blakey is highly unlikely to be affected by that dreaded “go home syndrome” disease that seems to be sweeping the ranks of professional athletes.

Originally touted as a top-five draft prospect and having been compared to both Lance Franklin and Patrick Cripps’ over the last year, Blakey has seen his stocks dwindle through injury, suffering a stress fracture in his back in 2017.

Not leaving things to chance, the Swans pounced on the first chance they had to trade their first-round draft pick (13), sending it to Carlton and receiving two second-round picks (26 and 28) and a third-round pick (40) in return.

The points alone from the three picks would be enough to stave off any selection from third and on-wards in the draft.

Long maligned forward Gary Rohan was told his future lay elsewhere during his exit interview, and while the Cats were the only suitor for the enigmatic forward, the Swans struck a deal with North Melbourne.

Rohan went to the Cats for pick 61, with the Swans immediately trading it to the Kangaroos for Ryan Clarke. The deal was a win for the Swans, freeing up cap space with the Cats taking on Rohan’s contract, while landing a decent depth player.

A player of interest for the Swans when he was drafted, he has the attributes of speed and decent foot skills and is expected to add to the team straight away.

“We really liked him in his draft year”, Beatson said.

“We’ve followed him closely since then, and when the opportunity arose to get him without affecting our draft position this year, we saw it as a very good deal.” 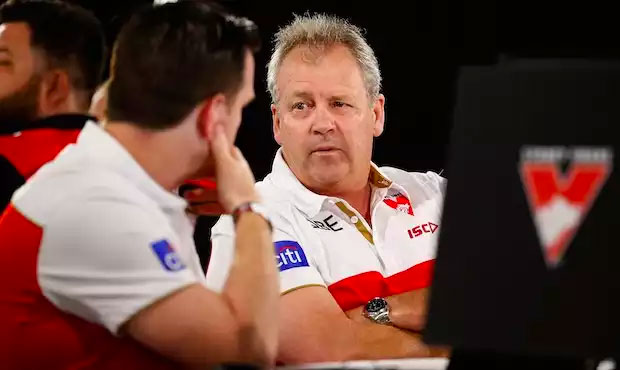 Where it fell apart

I think it’s clear that what happened next was not what the Swans planned. The Swans were clearly into Tom Langdon and Darcy Moore from Collingwood, defenders with fast feet and good foot skills.

While Moore looked less likely as the season wore on, reportedly after $700k minimum per season, rumours of an offer of $600k per season for four years had been tabled by the Swans for Langdon, who had completed a medical after the grand final.

Negotiations between the Swans and Collingwood stalled with the Swans and Saints trade for Dan Hannebery dragging out longer than expected. Presumably, St Kilda required a pick with Hannebery, but no one knew what it would be as Collingwood would need a second-rounder minimum for Langdon. For whatever reason the potential (a near certainty according to some) trade fell through.

By Sunday, it was clear Langdon was staying at the Pies and by the time it was confirmed that evening, the Swans fans were collectively face-palming their desks; Langdon stayed a Pie and the next morning, Hannebery was gone. 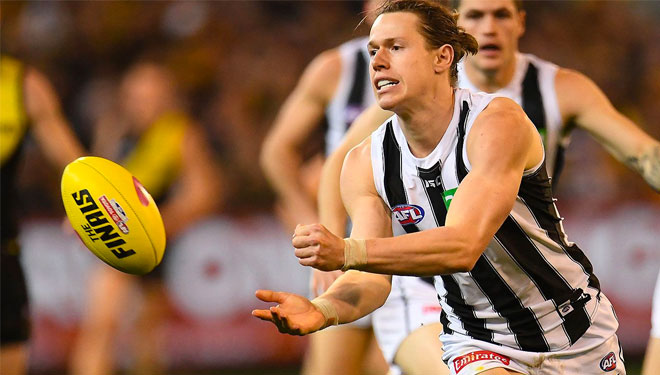 Pick 28 was packaged with Dan Hannebery and sent to St Kilda for pick 39 and a 2019 second-round pick. Crucially, this bought the club another whopping chunk of cap space, with the Saints taking on his full contract, estimated to be $800k per season.

Then it went wrong

I say wrong, what I mean is the Swans were locked out. A peculiar set of circumstances eventuated where clubs were deadlocked on player movements for days, before a final-day crescendo saw the most player movement of the period in a single day.

As it unfolded, a massive series of trades developed between eight teams, primarily involving contracted players who had nominated their destination clubs – none of them in NSW.

With the prices for players driven to exorbitant figures, clubs could afford to play hard ball, and while such trades typically involved a first-round pick, the Swans weren’t willing to part way with their 2019 selection, or club champion Luke Parker.

The deadlock was finally broken when Fremantle traded Lachie Neale to the Brisbane Lions and ended when the Lions traded Dayne Beams to the Pies for an amazing steal of first round picks for a 29-year-old.

GWS were gutted in one afternoon, sending Lobb to Fremantle, Shiel to Essendon, highly-rated Setterfield to Carlton and hobbled captain Tom Scully to Hawthorn.

Port Adelaide entrenched themselves in the first-round of the draft, reaping rewards for trading away Chad Wingard, while receiving Ryan Burton in return.

Finally, Fremantle landed their man Jesse Hogan and didn’t even have to give up pick five for him, reported to be the original sticking point. Fremantle leaked to the media earlier in the week that it was his contract that scared them off, not pick 5, which they didn't have at the time.

Even with Aaron Hall going to the Roos for pick 68, the Swans still couldn’t find their feet. It wasn’t until late Wednesday afternoon that their media department finally had something exciting to report, acquiring Jackson Thurlow from the Cats for pick 70.

Another fast-footed player with decent foot skills, the 24-year-old was the Cats’ first-round selection in the 2012 NAB AFL Draft. After 46-games over 6-years, it’s a speculative depth selection for minimal investment.

Along with Clarke, it goes someway towards adding pace to the side and an upgrade on Nic Newman, who was traded to Carlton for their 2019 fourth-round pick. For whatever reason, Newman either wasn’t offered a contract or wanted out of Sydney.

Swans position themselves for 2019 post-season tilt

With bated breath, many of us wondered if the Swans would wade into the final-day trading war that was…

Why the Dan Hannebery deal was good business

As one of many thousands of Swans fans that rose this glorious, beautiful morning to hear the tragic news…