It was a week of excitement and expectation, some dreams fulfilled while others were left empty and hollow, looking ahead to the draft windows wondering what was next. That’s the AFL Trade Period and the Swans were the shakers and bakers, major role players.

At least that’s how the majority of reporters phrased it leading into the trade period. There was an overwhelming sense of expectation from the journalist community, constantly speculating on the role the Swans would play, who they would go after and so forth.

Long rumoured to be into Darcy Moore, Harley hosed down any expectation of a swoop, confirming their initial interest six months earlier but little else since. Speaking to NAB AFL Trade Radio during the trade window, Harley signalled the end of their pursuit of Moore, while confirming their interest in defender Tom Langdon, Collingwood’s best finals player.

“We conducted it [the medical] yesterday, and he headed overseas shortly after that, with his brother Ed, who plays for Fremantle, to spend a bit of time in Africa,” Harley said.

“We’ve got an interest there, no further development but he’s certainly a player we’re interested in.

“We look forward to seeing how that progresses, but nothing rock solid at the minute.” 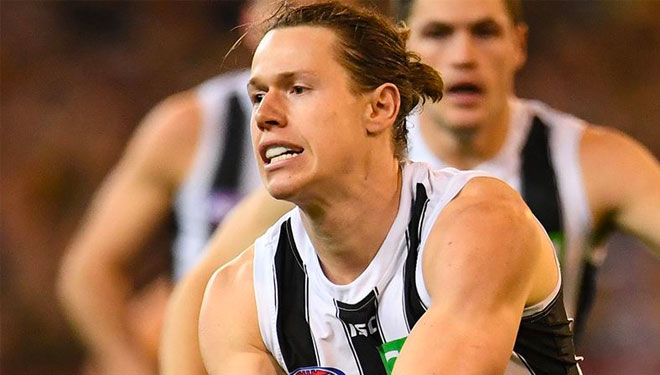 It wasn’t long before the initial excitement dissipated and turned to mild frustration when rumours of Langdon's intention to remain at Collingwood surfaced. It turned into outright anger on Monday morning when Hannebery was traded for what many pundits and fans thought was less value than he was worth.

It was the Swans that kicked things off in the trade window, making the first big play of 2018, trading away pick 13 to Carlton for two second-rounders (26 and 28) and a third-round selection (40), ensuring they had the points to cover any bid for Nick Blakey.

Carlton sold the farm to land Mitch McGovern, while the Swans simply strengthened their hand. With three second-round picks in hand, it was expected the Swans would quickly swoop on Aaron vandenBerg and Ryan Clarke. What eventuated was certainly not what most supporters expected.

Gary Rohan and Dan Hannebery were told to seek pastures anew in their end-of-season interviews and did just that, courting Geelong and St Kilda respectively.

The Swans wanted Ryan Clarke and they wanted to use Nic Newman to get him, but North Melbourne needed picks and points to secure their own Academy talent. Geelong played ball, sending their fourth-round pick 61 to the Swans for Rohan, who then sent 61 to North Melbourne for Clarke.

It was quick and easy business, but before long, VandenBerg silently re-signed with the Demons, while both Moore and Langdon re-signed with Collingwood and suddenly the bevy of players the Swans were targeting shrunk to just Clarke.

Luke Parker laughingly shot down his rumour for a trade away from the Swans, while the Swans were suddenly the destination club for all the Giants’ castaways. Shiel was linked, then Scully was linked, despite Shiel asking for money we couldn’t pay and Scully walking around on one leg.

With the shenanigans on the closing day, few expected the Swans to be involved. Aaron Hall went to North Melbourne for peanuts, Taylor Duyrea – another player the Swans were heavily linked with and even did a medical – went to the Dogs for almost nothing, while Hawthorn and Fremantle crashed the party the only way they could.

In all of that raucous, the Swans unassumingly did their last bit of good business, bringing in fringe Cat Jackson Thurlow for pick 70, while sending Nic Newman to Carlton for their 2019 fourth-round selection.

Jake Niall posited a great question after the close of the trade period, asking if it was bigger than the game itself. The final hour of the trade circus saw a staggering six trades completed, while 17 were done on the final day.

Just as addictive as a good soap drama, the final half-hour was as good as a season-ending cliff hanger, the great reveal of the cheater, the friend or killer. Real knife-on-edge stuff.

The reporting of the period has certainly increased to almost border-line psychopathic intensity, as Niall describes it, where any tenuous link, credible bread crumb, or out-right lie gains airtime, clicks and web traffic.

It’s great when your team isn’t involved, and it’s just as entertaining to debate the trades, their value and the impact they’ll have on their teams and the league. In an industry driven by AFL player growth, the transformation of what two years ago was a simple process of list management, into a commodity, watched and listened to by over a million people, has given fans more hope than they had, and more to cheer about. 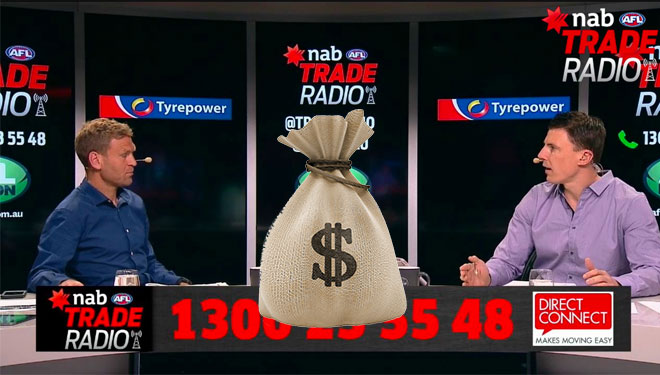 It increases expectation and fulfils the constant demand of information that fans of AFL have, but also grows the instantaneous gratification that we’ve seen in other sports, especially European Football, NFL and NBA.

After marquee signings of Kurt Tippett and Lance Franklin, every window was always going to disappoint. Even with the trade ban the Swans still managed to swing their muscle, going after Michael Talia and Callum Sinclair.

It’s hard to say this window was pleasing, mostly because we moved on Hannebery and didn’t get what a lot perceived as fair value, while losing two more players and only bringing in youth or inexperience to replace them. I think it’s the missed trades that upset people the most and this year, the Swans could have done better.

Not that long ago, I compared the Sydney Swans to Arsenal under Arsene Wenger. While I was derided by…

Swans position themselves for 2019 post-season tilt

With bated breath, many of us wondered if the Swans would wade into the final-day trading war that was…