Not that long ago, I compared the Sydney Swans to Arsenal under Arsene Wenger. While I was derided by some on social media, the similarities are far too numerous to ignore.

Despite both teams wearing red and white as their primary colours, both relied on an abundance of gifted youth, trading away players either side of their prime, and going on long winning streaks before predictably turning for the worse at the same point in every season.

Home and away records aside (both of which were atrocious), Arsenal turned their fortunes around with Unai Emery, currently in the midst of an 11-game winning streak and 2 points off the top of the table. You never hear of the complaints or issues about a coach or manager while he’s at the team, their training techniques, recovery management, treatment of injuries and diet control. It isn’t until they’ve departed the players feel free to air their grievances, and in Sydney's case we have Tom Mitchell to thank for that.

After the marquee signings of Kurt Tippett in 2012 and Lance Franklin in 2013, the AFL decided to whack the Swans with a trade ban for 2015 and 2016, a punishment comparable to draft tampering. While it never appeared to the goal of the club to go after the biggest players on the market, recruiting two of the biggest power forwards in the league forced them into a squad management change they’re still recovering from.

Like the Premier League and its 25-man squad rule and home-grown player requirements, the AFL has a squad size limit, minimum draft numbers and rookie rules, but more importantly, a salary cap. By the end of 2016, Tippett and Franklin combined commanded one fifth of the salary cap, with the squeeze being felt as early as 2014.

Andrejs Everitt, Shane Mumford and eventually Tom Mitchell would fall foul of the cap limits, while decent youth players would find themselves at other clubs. The Swans would retain their enviable elite midfield depth but could find little space to replace them with other experienced players, or introduce younger players into the squad.

With retirements stacking up and players exiting the club for opportunities elsewhere, there’s been an unbelievable list turnover so far this off-season. While a lot of those players are rookies, long-time fan favourites such as Gary Rohan, Dan Hannebery, Nic Newman and Alex Johnson have played their last games in red and white. 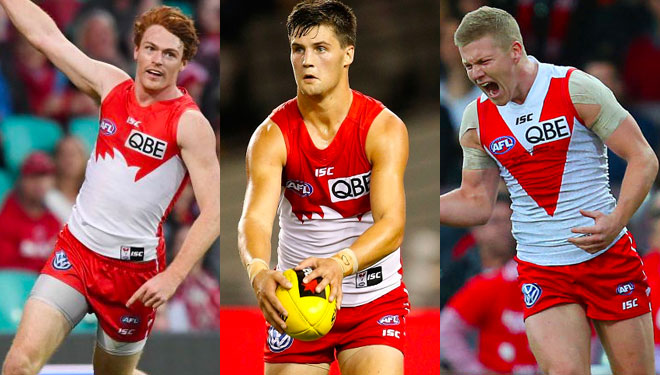 The current trend towards youth started in 2015 with the debuts of Tom Papley and elite youth Isaac Heeney while Callum Mills and rookie Aliir Aliir debuted in 2016. Tom Mitchell long agitated for a place in the senior side and hit the ground running, looking like a 100-game player on debut. Jake Lloyd was still establishing himself while Xavier Richards filled a gap for injury-riddled Sam Reid.

Since the 2016 grand final, more youth has been added to the team at the expense of experienced and stronger bodies. Ben Ronke, Will Hayward and Oliver Florent are the best of the new crop, while 18-year-old Tom McCartin is an exciting prospect and held his own in arguably the hardest position in football.

The Swans have a knack for recruiting, developing and playing youth and extracting everything they can. Like Arsene Wenger’s Arsenal in the late 2000’s, when they’re on they’re an amazing team to watch, but often against strong and experienced teams, they’re found wanting.

Games against the Suns, Essendon and Geelong proved that the young Swans will struggle against bigger teams, while wins against GWS and Melbourne proved just how important senior leadership is, with Dan Hannebery and Kieren Jack leading the way.

It’s hard to look past Nick Blakey – another elite youth player produced by the Sydney Swans Academy – but if you believe the hyperbole and commentary around him, there’s an expectation he will set the game alight from his debut. I remember similar hype around Jack Watts, described as the saviour of the Melbourne Football Club before his first game.

Then there’s even more exciting elite youth behind him, which begs the question, where are the Swans’ priorities? Is it more youth to develop, or to build a mix of experienced and young players and guide them? Dean Towers was 28, but hardly experienced, while new recruits Jackson Thurlow and Ryan Clarke fit the youth category.

With this years’ “super draft” forcing clubs to be aggressive at the trade table, and even more so with their list management, there’s an abundance of good quality players that have been delisted. Compared to previous seasons, it’s a thrifts dream and the Swans should hit it hard. 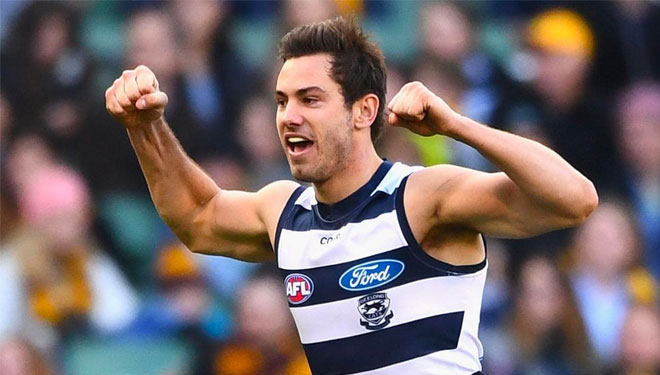 Players like Dan Menzel, Jordan Murdoch, Tom Sheridan, Jake Neade and Billy Hartung would have been traded two seasons ago (in Hartung’s case he was last year). It’s hard to believe that Menzel can kick 40 goals a season and still get cut from the squad, but that’s where the game is.

Every season there’s a new way of winning the game. Richmond’s game play – while some thought it was ingenious, I thought it looked like an U10s match – was never a sustainable brand of football, requiring 120 minutes of ultra-high intensity. They managed it for over a year and even staved off injury crisis but couldn’t beat Collingwood when it mattered most. Their lack of decent ruck, forward line height and anyone in defence over 192cm was their undoing. Traditional football won out, Mason Cox the hero.

Melbourne and Collingwood turned to youth more than two seasons ago and its paying dividends. Crucially, they kept whatever experienced players they had for long enough and brought in those they needed, such as Jordan Lewis. Is this the direction the Swans need to go in? I’m inclined to believe so.

Looking ahead at 2019, Jarrad McVeigh, Heath Grundy and Kieren Jack will have retired, Josh Kennedy will have at most two seasons left, while Lance Franklin will be only a few years off the end of his contract. Two grand finals in three seasons and sustained finals appearances in his time at the Swans is a win for the club, despite having to give up the farm to get him, and all the cattle to keep him.

Let’s look back at Arsene Wenger’s experiment with youth – it was exciting, it looked great, they smashed all the minnows, but predictably were undone and occasionally thrashed by experienced teams. Sydney’s been suffering the same fate for a few years now. It’s time to get experience in and hit-up the delisted free agents.

For the first time in a very long time, the AFL’s Delisted Free Agency period is shaping to…

Swans misfired at the trade table

It was a week of excitement and expectation, some dreams fulfilled while others were left empty and hollow, looking…