For the first time in a very long time, the AFL’s Delisted Free Agency period is shaping to be as exciting as the trade period itself. After a stunning final day of trading, with players and picks changing hands several times over, clubs have been forced to be ruthless with their squad as they manage bloated salary caps and position themselves for a shot at the “super draft”.

In a surprising move by the Cats and Tigers, they opted to delist forwards that offered plenty to their team. In Menzel’s case, he became a scapegoat for the teams’ fortunes throughout the season, despite averaging more than two goals a game, while Townsend’s leg injury ended his season, and potentially his time with the Tigers.

Menzel established himself as an up-and-coming star of the game in 2011, booting 5 goals in the Cats' final home-and-away game of the season against Collingwood, before a cruel run of ACL ruptures almost ended his career.

Despite playing 50 games since his return from his fourth ACL reconstruction, personnel and form changes at Geelong in the last two years haven't helped Daniel establish himself in the team as a permanent fixture, often copping unwarranted criticism when the team lost.

Menzel proved in 2016 that he was more than than a one-dimensional leading forward, averaging just under 5 marks a game. While his numbers over the last two seasons took a hit, he still averaged two goals a game.

A victim of changing circumstances, his lack of defensive pressure and pace were often exploited by his opponents this season. Despite the increased pace of the game, West Coast proved that a standard line-up, playing good contested football is enough to get the job done. 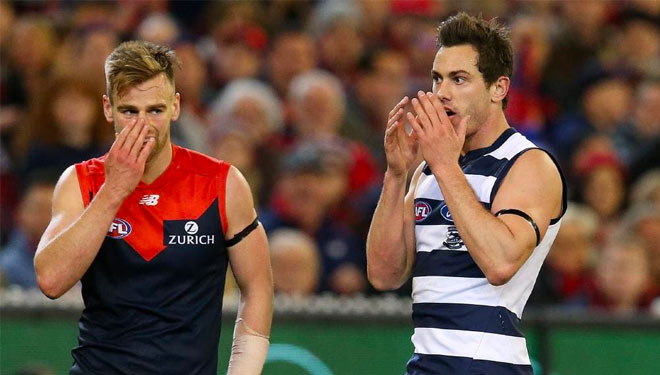 Jacob Townsend finds himself in familiar circumstances at his second AFL club. Originally from Wagga-Wagga in NSW, Townsend signed with the Giants in 2010 while he was still in school, making his AFL debut in 2012.

Playing as a tall midfielder, he averaged 10 disposals per game over four seasons, kicking four goals. After moving to Richmond on a three-year contract, he toiled away in the VFL for most of 2016 and 2017, with a smattering of senior appearances, before breaking through at the end of 2017.

With a stacked midfield, it was always going to be difficult for him to break through and establish himself. Despite averaging decent numbers in the VFL, he often let himself down with his foot skills. Deployed late in the 2017 season as a forward, Townsend booted six goals against Fremantle in Round 22 and another five against St Kilda in Round 23. Premiership success beckoned and he was a vital member of Richmond's drought-breaking team.

2018 was another season of frustration, in and out of the side through injury and form. Despite improved forward-half pressure, he struggled to take contested marks, registering two in 2017 and four in 2018. While his marking has never been his strong point, his ability to create a contest and bring the ball to ground was crucial to Richmond’s game plan.

His time spent in the midfield moulded him into a pressure-based forward that could kick goals. Averaging more than 1 tackle inside the forward 50 per game, his ability to create pressure and lock the ball inside forward 50 was one of the reasons why he played in Richmond’s 2017 finals campaign. 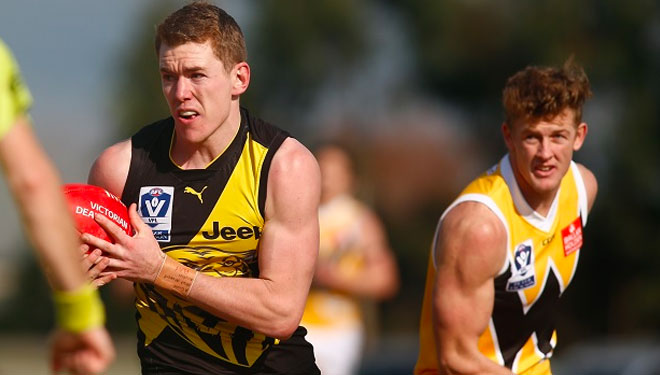 When looking at draft options, list managers would ask themselves “what does the team need, and can we get there with player x or player y?”. You know what you’re going to get with Menzel, a genuine lead-mark goal kicker, while Townsend offers plenty when the ball hits the ground.

Having traded Gary Rohan to Geelong, one of the few genuine leading forwards the Swans possessed, it would make sense to recruit a like-for-like replacement. While neither Townsend or Menzel offer the blistering pace or pressure acts Rohan brought, Menzel’s average of two-goals per game is elite, along with his 14 contested marks and 20 marks inside 50 for 2018.

It’s easy to look at the team and immediately conclude that a player like Menzel isn’t needed, while Townsend could be the missing piece. Why would the Swans need Menzel when they already have Lance Franklin, Sam Reid, Tom McCartin, Callum Sinclair and Will Hayward? Sam Reid didn’t even play a full game in 2016 or 2018, McCartin is 18-years old and Hayward is 19. There’s no depth for injuries, with the next best being future recruit Nick Blakey and rookie Joel Amartey. That’s a big problem for any team.

The biggest problem the Swans have had in the last two seasons is their inability to kick big scores, relying almost exclusively on Lance Franklin. A ridiculously poor average of 74 points scored at the SCG, along with just under 80 per game for the 2018 season, highlights how desperate Sydney are for goal-kicking forwards.

Injured Swan Kurt Tippett is set to remain with the Swans in 2019, despite retiring from football in January…

Not that long ago, I compared the Sydney Swans to Arsenal under Arsene Wenger. While I was derided by…