After what seemed like a relatively quiet trade period, eyes quickly moved to the draft to see how the Swans would continue their strong record in youth development and recruitment.

Their main focus was on high-profile Academy product, Nick Blakey. After earlier in the year turning down North Melbourne and Brisbane for the Swans, he finally landed at the club after a matched-bid by the GWS Giants at pick 10.

Clever trading saw us land draft bolter James Rowbottom with an early second round pick, and our focus on outside class and pace continued with Justin McInerney and Zac Foot. 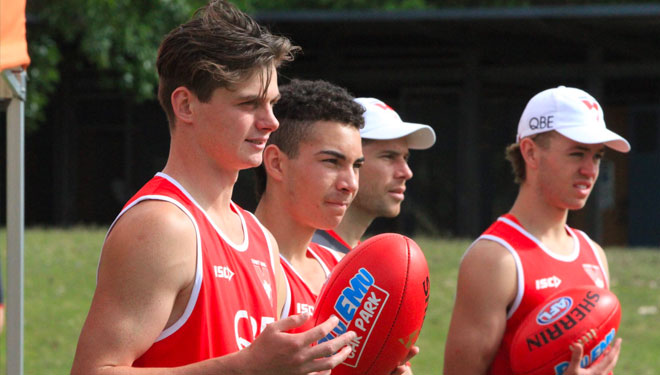 From the Rookie Draft, Durak Tucker looks to be the pick of the bunch, at one point considered the best defensive prospect in the draft before an ACL injury ended his 2018 TAC season.

Let’s run through what would’ve happened if we hadn’t traded with WCE on Thursday night.

GWS bid on Nick Blakey with pick 10, worth 1395 draft points. The Swans - using the picks they had - would have to match that amount, minus the 20% discount for academy players, equalling 1116 draft points, equivalent to pick 15.

However, we did two trades with West Coast in between the Blakey bid, which effectively amounted to:

It is the timing of these trades which was so brilliant. Sydney did them so that when the bid for Blakey came at pick 10, much later than expected, they didn’t have pick 26, so their later picks could be used.

Once Blakey was secured, they got their high second round pick back.

Trade one, before pick 10

In the end, Sydney got Blakey, then their next picks were 25, 44, and 51. Given that the quality of players in this draft were stacked towards the top end, this was an excellent move by Kinnear Beatson and the list management team. 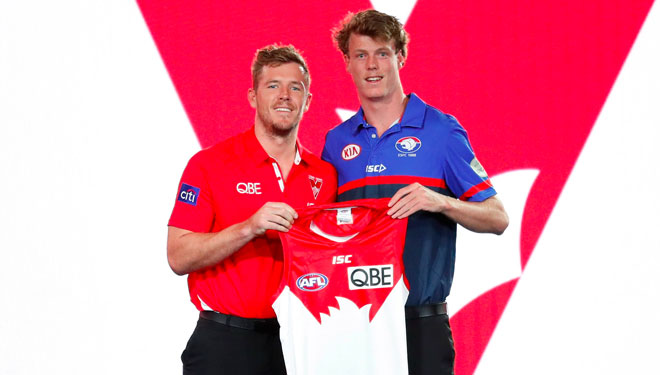 A really versatile player, Blakey has had the most experience playing as a key forward, however he has the athleticism to move into the midfield too, as demonstrated in the Championships.

He was the best player in the Division 2 NAB U18 Championships and was runner-up this year, despite injuries throughout the year. Should debut in 2019 and make an impact early. Will make a great replacement for Franklin once he retires. 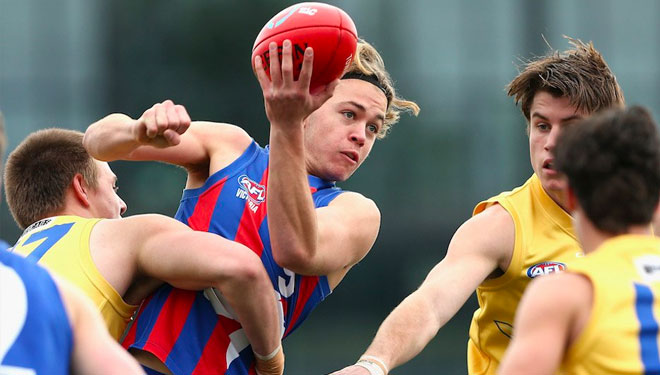 An inside midfielder, Rowbottom averaged 22 disposals and an impressive 6.5 tackles in the TAC Cup. Can use the ball well on both sides of his body. Should grow into a bullocking inside brute, just like Josh Kennedy. Until that happens, his excellent endurance could see him with tagging roles early. Nephew of Brian “BT” Taylor. 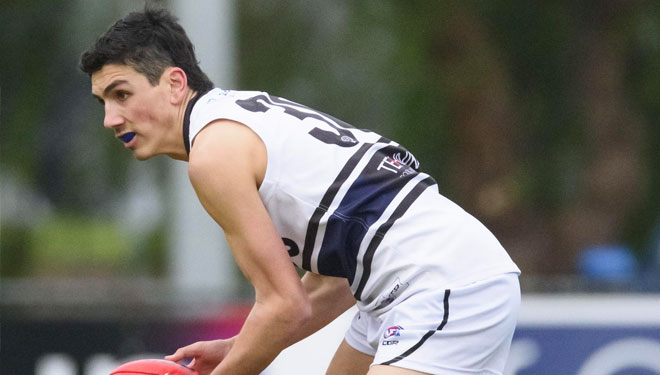 A powerful runner with sweet passing ability by hand or foot, this kid was a very late bloomer, only coming into the Northern Knights TAC Cup side late in the year. Averaged an impressive 75% disposal efficiency and had a 3.01 second 20m sprint in the Combine. Just what the Swans need on the half back flank or wing. 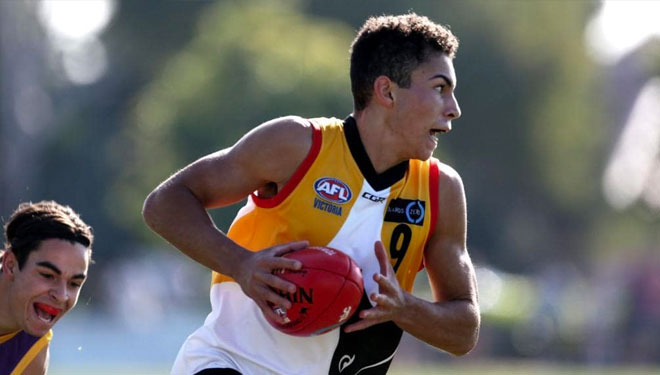 An even quicker runner than McInerney, Foot is deadly quick and can cover the ground with his strong work rate – his highlights packages are full of him tearing away from opponents. He can play forward and put pressure on the opposition.

He’s not a bad overhead mark too for the type of player he is and could be a better version of Lewis Jetta if he works on maintaining a consistent output from match to match. 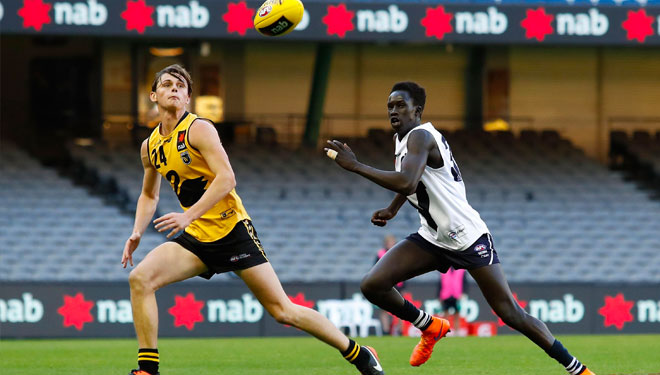 An in-between sized defender who can play on talls or smalls, Tucker would’ve been certainly drafted in the National Draft if he hadn’t ruptured his ACL early in the year, missing most of the 2018 season.

He didn’t test at the Combine but has been recorded doing the 20m sprint in 2.84, which would’ve been the fastest of anyone in the 2018 draft. He has been an utter professional during his rehab and is one of the better defensive prospects in the whole draft, despite his injury. 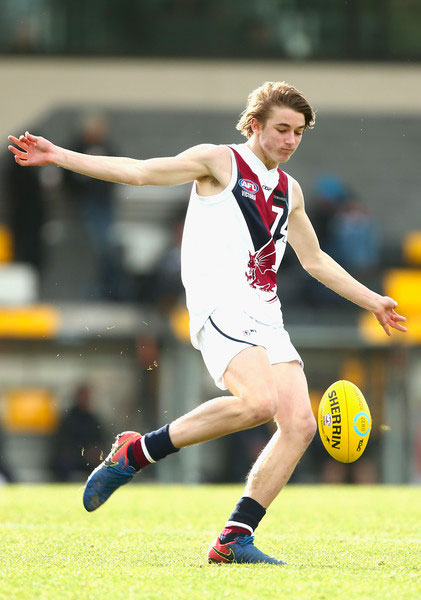 Another player who has struggled with injury, Reynolds is a defensive playmaker who also excels in the contest, his clean handballing out of packs a highlight of his game. He has some work to do in disposal efficiency but is worth putting the time and effort into.

Tippett will remain on the Sydney Swans list as part of his retirement settlement. Will not play in 2019. 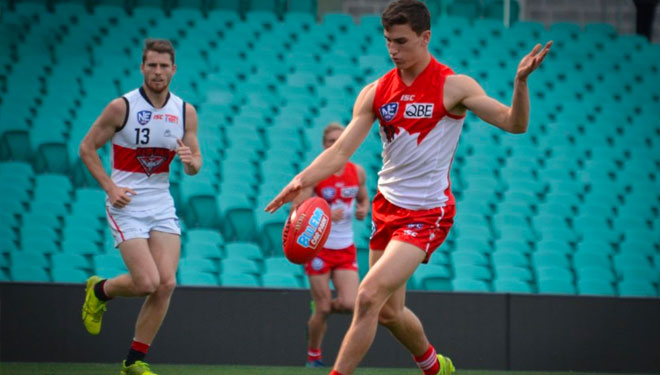 Averaged 15 disposals, four tackles, and a goal per game in 13 NEAFL matches, mostly as a small forward, however can play midfield or half back. A product of the Sydney Swans Academy.