Super star forward Lance Franklin has been declared fit and named for the Swans season opening clash against the Western Bulldogs at Marvel stadium on Saturday night.

The 290-game veteran was the difference between the two sides the last time they met, booting three second-half goals and picking up two Brownlow votes.

His inclusion is a massive boost for the Swans forward line, with coach John Longmire declaring he's fit and ready to take on the Bulldogs.

“He has trained really well, he has trained a fair bit more than what he trained last year for the entire season, really,” Longmire said.

“He has been training now for nearly four weeks, so he is ready to go and is confident.

19-year-old draftee Nick Blakey is set to make his senior debut alongside the super star, in the absence of Tom McCartin and Dan Menzel.

Longmire said that he was thrilled to be able to give Blakey his debut.

“I have known Nick since he was born so it is great to be able to pass on that information to him, the happy news, that he was getting his first game,” Longmire said.

“He has had a terrific first pre-season and we really look forward to what he can deliver in the red and white.”

Tough midfielder Ryan Clarke, traded to the Swans in last seasons' NAB AFL Trade Period, will make his debut for the club after 40 games for North Melbourne.

“Clarkey has had a great pre-season and he runs really hard,” Longmire said.

“He can play a number of positions for us and he just keeps on going for the whole game.

“We know we need a good team of runners when we play the Bulldogs on a fast deck and he provides plenty of run.” 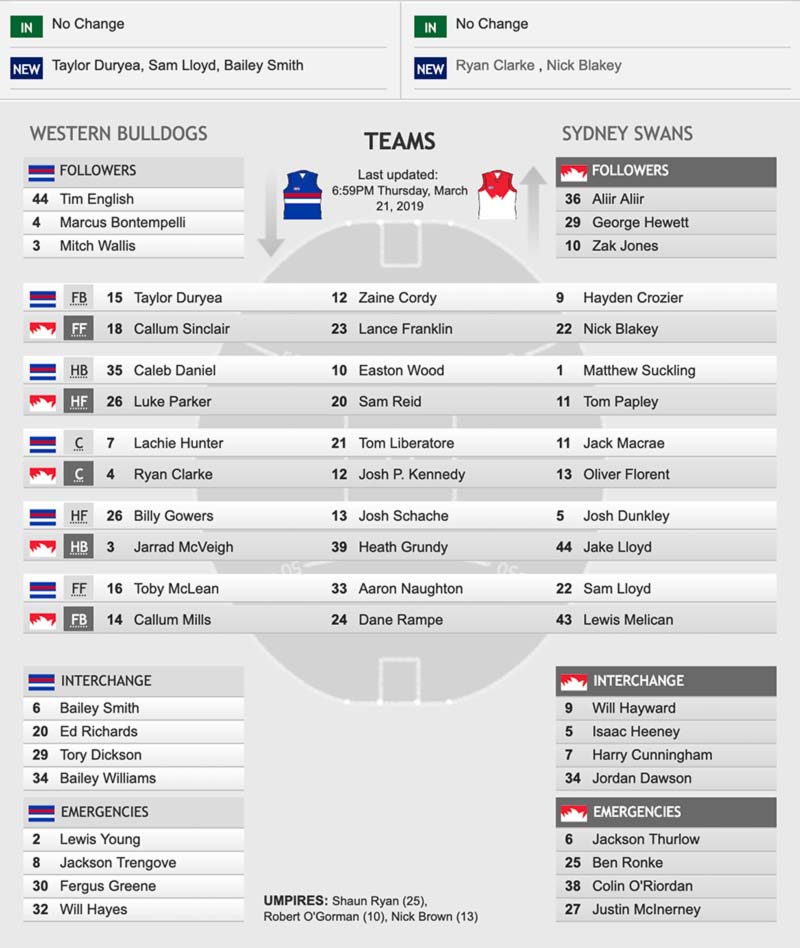