The Swans have been forced to make two changes ahead of their Thursday night clash against Melbourne at the SCG.

Veteran defender Jarrad McVeigh (quad), who injured his quad late in the Round 3 clash against Carlton, and forward Will Hayward (jaw) miss through injury.

Taken with pick 44 at last years' NAB AFL Draft, winger Justin McInerney has been selected to make his his debut for the Swans on Thursday night.

"Justin McInerney comes into the team, it's fantastic" Longmire said.

"He's a young boy we picked up in last years' draft, and he's a terrific outside runner, who just runs hard, is a beautiful kick, so he's got some great attributes.

"He's also played inside for us over the last few weeks and done a good job for us there.

"He's showed some real versatility and has been really strong since he arrived at the club."

Former captain Kieran Jack, will make his return to senior football on Thursday night, after a strong showing in the Swans' 29-point win against the GWS Giants in the NEAFL.

"Losing Jarrad Last week, it's good to get Kieran Back in," Longmire said.

"He's played the last three games in our reserves, and got better every week, so good to have him back in the team.

"He's experienced and can play a number of roles for us, he can be used in a few different of areas of the ground."

With just 5 days in between their third and fourth round matches, the focus for the Swans during the week was on recovery.

"You make sure you recover as good as you can after the game, which the players have done," Longmire said.

"Our last training session was very short, but we knew that as we planned the season, and knew that was the case, and we planned accordingly." 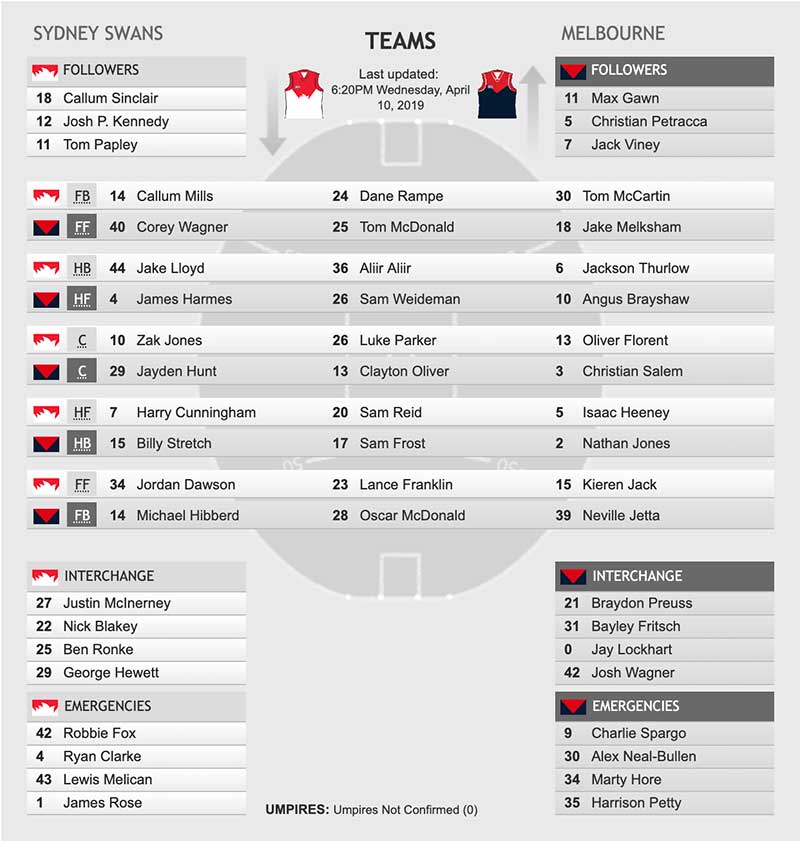 The Sydney Swans turned in one of the performances of the season in 2018, in their thrilling 9-point, Round…

A different lens, the same team

A couple of years ago, in a chance meeting at the MCG, I became hooked up with some of…