Much has been written about the Swans this year and whether or not they are modern enough for the modern game. John “Horse” Longmire, known for (and having been celebrated for) building and maintaining one of the great defensive units of the modern era, now finds himself being lead towards the knackery by those who now feel this Horse is too lame to keep up.

Recently the rider’s spurs have dug in harder, with sports media journalists such as Matthew Lloyd and Dermott Brereton taking aim at Sydney’s overly defensive style of play this year, and lack of scoring power - that we rely on our main charger Lance Franklin to win us games off individual brilliance. If it’s not Franklin trying to get us over the line by a nose, it will be some other player in the Swans stable keeping the Swans in matches.

A group of vocal Swans fans have started whipping the proverbial ‘dead horse’ with calls to put the old Horse out to pasture. To them I say, neigh, not yet…

And there’s a few reasons for this. First and foremost, the overly simplistic view that the Horse can no longer keep up with the mob, fails to consider what’s happening in the stable, and the injuries to its runners.

A relatively small injury list has been devastating in its effect, with the team having the spine of its structure hacked out. What remains is lame and struggling to keep up. Take for instance the pre-season injury to Sam Naismith. Bad enough on its own, but not enough to derail our squad or season. Add Sam Reid’s season-ending injury and Kurt Tippett’s retirement to the list, and we have a structurally devastating situation, where not only our ruck stock is diminished, but the forward line decimated.

The tall marking thoroughbreds have been replaced by Tom McCartin, essentially surrounded by Shetland ponies. Yes, the ponies may grow up to be proper horses like Pinocchio did when he turned into a boy, but the race horse isn’t there, he hasn’t entered the gates since round 3, and the backups are stuck in the ruck or in the Vet’s surgery.

Move further back in the column to the midfield where the draught horses are. The group of nags where Sydney’s power was always built around. Fine animals that could haul loads all day, every day no matter the weather.

These experienced workhorses are either lame or have been temporarily replaced by newly broken two-year old’s, who do not yet have the temperament to work in city streets but will do just fine out in the country. Kennedy is struggling, Hannebery is stuck in the stables while Jack has been favouring one leg. To try and offset the number of Shetland Ponies at the front of the column, they’ve had to move some of the finer riding mounts down there to make up the difference, with Heeney and Parker spending more time forward.

Moving past the draught horses, we get to the drovers; six experienced stockman who are able to keep the column moving along. Occasionally it wanders off the road at times, and the stockman sometime fall from their mounts, as Callum Mills and Jarrad McVeigh have done. Those left have mostly been able to round the stock up and bring them back in line. But even stockman get tired and they can’t pull the dray themselves. 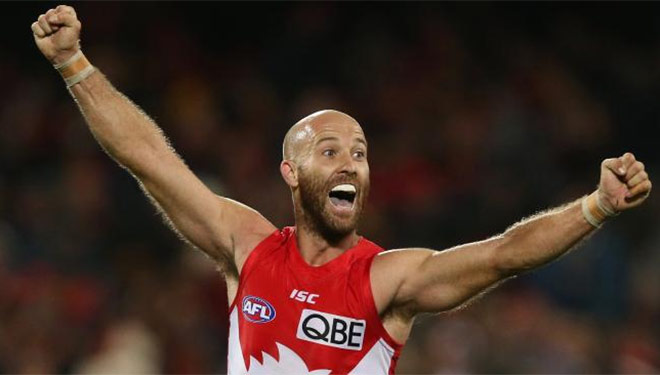 Before you despair my equine loving friends, fear not, for every year there is a sale. And at this sale, the best horseflesh is on offer for the right price. Fine animals that improve the bloodlines of any stable, and it’s here that Horse Longmire is finding his remounts.

Great animals such as Ryley Stoddart, Matthew Ling, Oliver Florent and Tom McCartin - Yearlings with promising bloodlines, good temperaments, versatility and good movement, who are a year or two of training away from being broken in properly.

Horse Longmire has seen this, he knows the stable needs new bloodlines and has started gathering his mounts. The next sale will be even better with weanlings like Nick Blakey to go under the hammer. With the rubles the Swans have – or will have aside from putting a few old horses out to pasture, the scene is set for a renewal of our bloodlines and another sprint for the cup.

No, the old Horse is not done yet, but the stable has started moving towards Quarter Horse’s instead of relying on the old Clydesdales.

Red cards are a must

I said before the match that I don’t care if the Swans win by a point, because I’…