The AFL’s equalisation policy has always been about narrowing the spread of the competition. Teams that have sustained periods of success, are brought back to the pack by the inability to continuously draft top-end talent - without making drastic list management changes, be it player movement or draft picks.

While providing short to medium term gains, this often erodes a clubs depth. The Dan Hannebery and Lance Franklin trades highlights this. In some ways, the loss of depth coincides with Franklin's arrival, and the ability draft well after Hannebery moved on.

The Swans can rely on their own Academy, whereby draft points are discounted, for talent they have developed that enter into the AFL National Draft. We can still draft top-end talent, but the price is other draft picks. The balancing act then becomes whether the new player is worth three second-round picks, a first and a third rounder, etc. 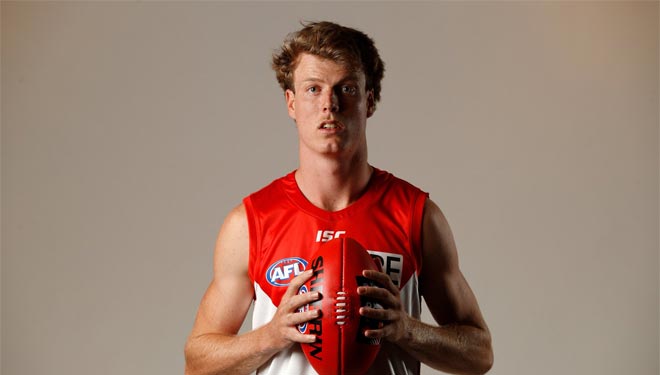 So it really should come as no surprise that after a period of sustained success, the cupboard has become bare in terms of experienced players with more than 150 games of experience. Throw in lingering injuries from last season, a once highly competitive list that could be described as a group of older guys heading into the twilight of their careers, a group of middle guys who are out of form and a group of kids without the experience to get it done.

A brief example would be to look at the bottom nine players of the team from this week’s loss to Melbourne.

We have three players 19-years-old or younger: Justin McInerney - a debutant who looked like he had one of the worst cases of stage fright ever seen, Nick Blakey in his fourth senior game, who played just one senior game in the NEAFL last year, and Tom McCartin, another with under 20 games experience. McCartin will be showing his inconsistency for a while. We all know what he will be, but big men take a long time to develop, let alone being thrown into the key position of centre-half back.

Callum Sinclair played as though he was injured, while still carrying the ruck duties solo - his second season in a row. He was annihilated by Max Gawn and Braydon Preuss, but he can only do so much on his own.

George Hewett and Ben Ronke are both badly out of form. With depth issues in mind, one of them will stay in the senior team next week, while both really need to spend time in the NEAFL. Jackson Thurlow, who barely played a senior game last year at Geelong, and spent the previous year in rehab for an injured knee, is still adjusting to the new team and structures.

Sam Reid, who has a maddening tendency to under-run the ball when he leads up to a mark, or drop them outright, has played just five senior games of AFL football in two seasons due to injury. While he has had a couple of “almost” games this year, he's not yet at the level that we need him to be at.

And lastly, Callum Mills, whose broken foot last year limited him to just nine games, is four games into his return from injury. Three of the nine players listed above played in defence against Melbourne. It gets more complicated when you take into account there are just over 100 games played between the players over the past two seasons. 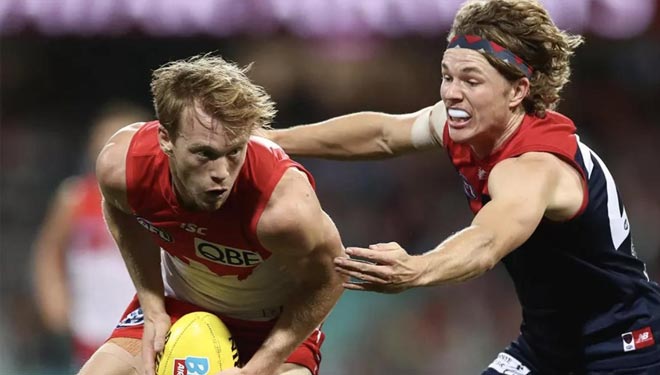 So, if all of a sudden we look more like an inexperienced team, that’s because we are.

The rule changes have exposed the relative inexperience of the team, especially the 6-6-6 rule. Sydney’s slower midfield, built on winning contested ball and inside hand skills (often at the expense of speed and kicking proficiency) are struggling to keep up with teams that utilise faster ball movement.

This was evident against the Demons on Thursday night, when Nathan Jones and Clayton Oliver had the space to run onto Max Gawn’s hit out work. They would have meters on their opposing Swans players before they even took possession of the ball.

The quick movement exposed Sydney’s shorter back line, that was also built for a different kind of game. While efforts have been made in the draft to overcome these deficiencies - in the middle and down back, many of those players are at the beginning of their careers, with several yet to debut.

The lack of seniority is just as much off the field as it is on the field. There have been wholesale changes to coaching staff over the last two years, with Stephen Taubert (the ruck whisperer), Stuart Dew, Josh Francou, Henry Playfair, and to a lesser extent Rhyce Shaw, departing the club, taking with them an enormous wealth of knowledge and experience. Their replacements are relatively inexperienced, with Steve Johnson coming straight out of retirement, Lloyd Perris a former Academy player, Tadgh Kennelly's first senior coaching role, and Jeremy Laidler stepping straight from change rooms to coaches box. Dean Cox was the only change that brought in experience, joining returning favourite Brett Kirk.

Calls for John Longmire’s head are premature in this writers opinion. Similar calls were made for both Nathan Buckley and Damian Hardwick in recent seasons, but after external reviews of the clubs respective football departments, it was identified that the issues were not the staff but the structures which they worked within.

In Richmond’s case, Hardwick who at one point in the 2017 pre-season was tipped to be the next senior coach to be sacked, won a Premiership not even 6 months later. 2 years later, the Pies came within 2 kicks of a flag. Now, I’m not arguing there should be a review, merely pointing out that “sacking the coach” is not the only way forward.

In short, this is not your father’s Swannies, this is the group who will mature in two-to-five years. So buckle up Swans fans, there’s going to be a rough ride ahead.

Harry Cunningham, a New South Wales boy from Wagga Wagga, came to the Swans in the 2012 AFL Rookie…

Behind every great man and blog, there had to be a great woman

Hello Swans faithful. As part of The Swans blog's new segment, "Fantastic Fans", I'd like introduce myself, how I…